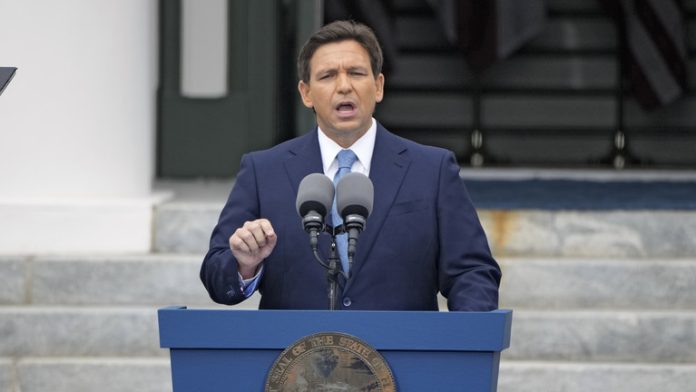 On Friday, Florida Governor Ron DeSantis activated the National Guard in response to a surge in illegal immigration from Cuba. Hundreds of Cubans have arrived in Florida in recent days, wreaking havoc on the Sunshine State’s tourism industry.

DeSantis signed an executive order directing the guard to assist state and local law enforcement agencies in processing the migrants who have already arrived, as well as to prevent further landings.

“As the negative consequences of Biden’s lawless immigration policies persist, the burden of the Biden administration’s failure falls on local law enforcement, which lacks the resources to deal with the crisis,” DeSantis said. “If Biden continues to ignore his legal obligations, we will step in to help our communities.”

Hundreds of mostly Cuban migrants have arrived in the Florida Keys in recent days, with 300 arriving over the holiday weekend at Dry Tortugas National Park. The influx forced the park to close as the Monroe County Sheriff’s Office, which only has 194 deputies, struggled to keep up.

Since August, federal, state, and local law enforcement agents have encountered over 8,000 migrants off the coast of Florida, according to DeSantis’ office. According to US Coast Guard figures, this represents a nearly tenfold increase over the 838 intercepted during the entire fiscal year 2021.

Republicans slammed US President Joe Biden’s announcement on Thursday that some migrants from Cuba, Haiti, and Nicaragua who cross the US-Mexico border would be returned to Mexico. Biden made no explicit mention of migrants arriving in Florida by boat, who cannot be returned to Cuba because the United States has no diplomatic relations with the communist regime in Havana. Those caught at sea, on the other hand, can be returned.

DeSantis has been a vocal critic of Biden’s lax immigration policies, and last year paid to have illegal immigrants flown from Texas to the wealthy liberal enclave of Martha’s Vineyard – a stunt pulled by several Republican governors to highlight their dissatisfaction with the record number of illegal immigrants entering their states.

When dealing with Cuban migrants, DeSantis must keep politics in mind. Cuban exiles make up a sizable voting bloc in Florida, and they helped the governor win 57% of the Hispanic vote in November. Florida “has a long history of assisting refugees, including Cubans and others fleeing communist regimes,” according to DeSantis’ office. “However, this has always required federal government support,” the statement continued, accusing the Biden administration of “failing to provide the resources required.”