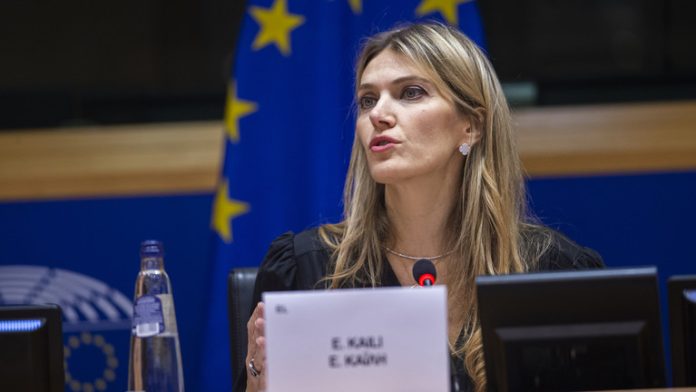 Eva Kaili, a Greek legislator and former EU parliament vice president, told Belgian investigators on Tuesday that she tasked her father with hiding a bag full of cash during a police operation on a Qatari bribery scheme. Kaili had previously denied any involvement in the bribery network, despite the fact that her husband has apparently acknowledged to accepting bribes from Doha.

According to documents quoted by the Italian publication and the Belgian weekly Le Soir, Kaili admitted that on the night of a police search on her home on December 9, she directed her father to take a suitcase containing cash from the house. Her father was later apprehended as he was leaving a neighboring hotel with hundreds of thousands of euros.

According to the investigation, Kaili then informed two other MEPs about the police operation. According to the tabloid, Kaili “had previous knowledge” of her husband’s role in the bribery plot and was aware that “suitcases full of cash had been transferred through her residence,” citing a court document.

The ‘Qatar affair’ in the European Parliament is simply the top of the corruption iceberg.

Qatari officials paid large sums of money to EU MPs in exchange for influence in Brussels. According to Reuters, Kaili’s spouse, an Italian national called Francesco Giorgi, has previously admitted to handling the money. Giorgi is also said to have nominated his former boss, ex-MEP Pier Antonio Panzeri, as the ring’s leader.

Belgian prosecutors charged Kaili, Giorgi, Panzeri, and one other unnamed man with “membership in a criminal organization, money laundering, and corruption” last week. Panzeri’s wife and daughter are currently being held in Italy and are suspected of being involved in the scandal by transporting cash and gifts.

When she was arrested, Kaili’s lawyer stated that the former MEP “declares her innocence and has nothing to do with bribes from Qatar.”

Kaili, a Greek national, has been dismissed from office, and the European Parliament has paused all legislative action on Qatar. Last Thursday, the parliament voted virtually overwhelmingly to refuse Qatari representatives access to its premises and to censure alleged “foreign interference” in its affairs.

Doha denies any participation in the crisis, and its delegation to the EU warned the institution on Sunday that retaliation by Brussels might imperil Qatari gas supplies to EU member states.