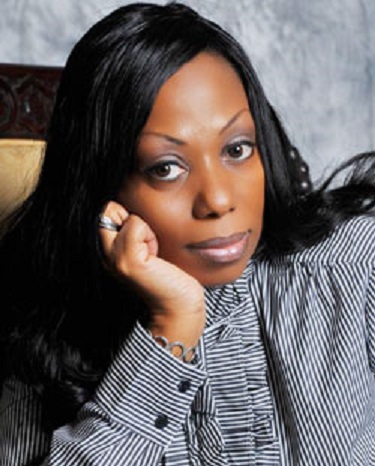 Prophetess Nonnie is one woman of God who has exhibited high level of discipline in both her religious belief and national service. The prophetess who appears more like a leftist is of the view that church must not hold only on Sunday, a controversial view that has kept many pastors talking. The prophetess also believes that it’s only men and women of God that can change the cause of Nigerian history, believing that leaders are often chosen by God and must always seek the face of God.

However, in this interview, the President of the Nigerian Women in Clergy has expressed serious fear over the 2015 general election, saying that the election may turn violent if current security issues are not addressed and the election is not suspended. Excerpts:

What has your group, Women in Clergy been up to lately?

The period has been very busy for us locally and globally. When you look at the things that have been happening in the country, especially the killings and splitting of blood by the Boko Haram insurgents and the non-release of the Chibok girls, you will discover that the country is going through a herculean time.

We are in crisis as a nation; whether you like it or not and as a Christian organization, we have come to recognize that this is not just about prayers as we have earnestly done, so we decided to travel up north to access the situation ourselves. With what we saw and heard, we discovered that those of us in Abuja and those in the southern part of the country don’t even know what is really going on.

Nigeria is in a state of war and the girl child and the womenfolk are the most affected. I believe it is high time Nigerians really understood what is going on. Most times, if it’s not happening in your backyard, you feel it is nothing. But the reality is that it is gradually coming down home. If something is not urgently done, these insurgents will infiltrate every part of the country.

We need to stop playing politics with this insurgency and face what the real issues are. I wish those who are in leadership positions and top politicians in the two main political parties can bury the hatchet of politics and for once have the interest of Nigerians at heart. Let us see how we can fight this insurgency.

I am tired of seeing children hacked to death or watching their parents being beheaded and killed in cold blood. For how long are we going to have these killings go on. The irony is that most of these big men and big time politicians don’t have their children here. They also go around with armoured vehicles with a retinue of security details. So these things don’t affect them. It is the everyday man on the street, who is struggling to make a living that is affected.

The issue of unemployment is also there. I keep reading on a daily basis that jobs are being created, but where are the jobs they created? I have loads of youths around me and the biggest problem they have is unemployment. And as we know, an idle mind is the devils workshop. These young people are easily lured into crimes because they believe they have to survive.

It will interest you to know that even Christians are being recruited by Boko Haram because they have nothing to do. If they are given money, they are ready to go. It is just so sad.

Are you saying that government has not been handling the Boko Haram insurgency right?

They may think they are handling it right, but the result they are getting should tell them if they are handling it right or not. In everything, the result tells. And in certain things, you need to keep changing strategy. You cannot continue to do things the same way over and over and expect a different result. It is actually the mark of a good leader to retreat and say we have handled it this way, let’s handle it the other way.

Also, the insurgency issue is not only a government issue. Nigerians need to know what is going on and figure out what can be done.