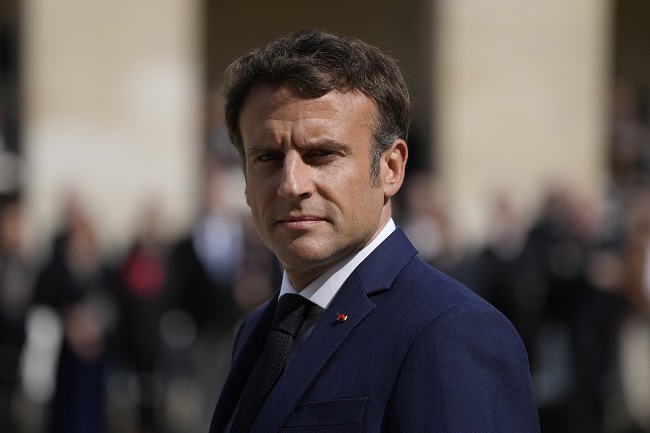 French prosecutors said Wednesday that they had searched the headquarters of President Emmanuel Macron’s Renaissance party in their investigation into the use of consulting firms by the government since 2017.

The Paris offices of US consulting giant McKinsey were also searched on Tuesday, the National Financial Prosecutors’ Office said, confirming a report in Le Parisien newspaper.

The use of consultants by Macron’s governments came under the spotlight in March after a French Senate inquiry concluded that public spending on them had more than doubled from 2018 to 2021, during Macron’s first term.

“It’s normal for the judiciary to investigate freely and independently to shed all the light on this subject,” a Renaissance spokesman, Loic Signor, told AFP.

He said the party remained at prosecutors’ disposal “to provide all useful information on the campaigns”.

McKinsey also confirmed the search of its offices, saying it was “cooperating fully with the authorities”.

Two probes have been underway since October, looking into possible false election campaign accounting, as well as possible favouritism and conspiracy.

Some McKinsey consultants are known to have worked as unpaid volunteers on Macron’s victorious 2017 election campaign and prosecutors are thought to be probing whether this entailed a hidden campaign expense.

They are also looking into whether the firm enjoyed special access and treatment afterwards when winning lucrative contracts with the government.

Finance Minister Bruno Le Maire acknowledged last month that there had been “excesses” with the use of consulting contracts in the past, but they had since been “corrected”