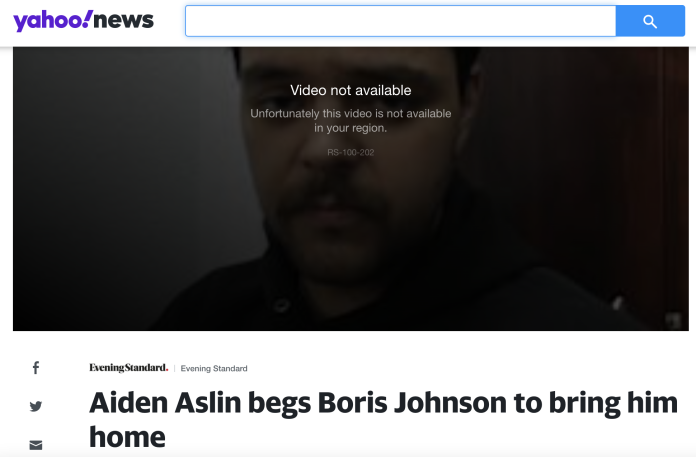 In the interview conducted by British journalist Graham Phillips, UK mercenary Aiden Aslin claims under ‘no duress’ that he did not volunteer to fight alongside Ukrainian Nazis and other nationalist groups perpetrating human right atrocities against captured Russian soldiers.

Only clips of the interview are available online in the mainstream and as you may notice in our featured image, Yahoo blocks the video for us in the United States.

Aiden Aslin also stated that he and his other mercenaries had been committing atrocities over 8 years in Donetsk.

Aiden Aslin can be seen below when he first volunteered.