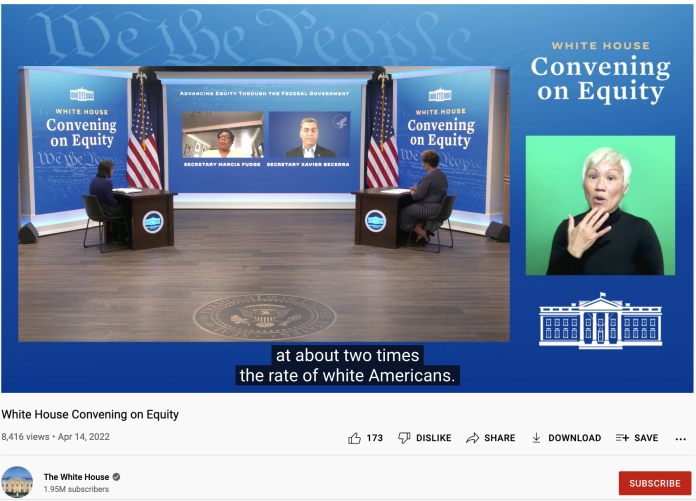 “We know that vaccines are killing people of color, blacks, Latinos, indigenous people at about two times the rate of white Americans.”

The pronouncement can be viewed posted on April 14th on The White House YouTube page (The HHS’s statement starts at 44:45):

From the full statement in context, based on the intervention later mentioned, it may have been a slip of some sort, where he intended to say that Covid was killing minorities twice as fast.

“Let me just add and thank you for the question directly, em, that for us we know we had to do a couple of things. First we had to change the paradigm where people had come to us in order to get services. We decided we have to go to you because too many folks aren’t fully aware of the kind of services and programs that are available to them. So we did not want to wait, we went to you. And the other thing we realized is that we had to collect better data so we would know where you are and who you are that need the help most. And so we established a minority health and social vulnerability index, which helps us collect data, better data so good quality data, better collection methodology, se we could actually figure out where we needed to go, rather than wait for you to come to us.

We could not yet find race-stratified data from the VAERS adverse events database to crosscheck the rate of vaccine deaths by race. However the slip possibility is known to exist as Covid targets and kills blacks twice as fast as whites.