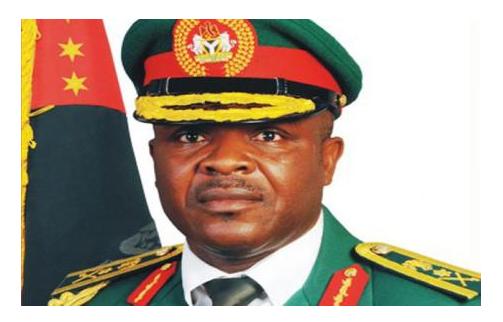 I don’t give a damn about Gen. Azubike Ihejirika.

For all I care, Ihejirika could be dragged before the ICPC, EFCC, West African Court, European Court or the International Criminal Court. Whatever we want to do, I just want us to follow due process.

The most shocking disconnect in Nigerian life has been this long denial of the kind of military that we have. The Nigerian military since its inception has been a brutal military force that is short on professionalism and long on impunity. There may be times before the civil war when the balance was close to the middle. But, since then, it has been a force that is above the law of the land. The problem with our perception of the military arises from the position where we are when we are viewing them.

To those who witnessed the Murtala Muhammed-led Asaba Massacre in October 1967 at the height of the Nigeria-Biafra Civil War, the Nigerian military has never been the darling force for good with one the sole aim – to preserve and protect the corporate integrity of Nigeria. Of course, others who were not in that vicinity or know anyone who was a victim may disagree. To those in Odi when the Gen. Victor Malu’s army descended on women, children and old men, and leveled the town and everything standing, the Nigerian military is not one that delivers relief materials in times of crisis or builds bridges across rivers to rescue drowning citizens. For them, the military is a ruthless force that cannot differentiate the good from the bad. And to those in Zaki Biam who bore the brunt of Gen. Ogomudia’s soldiers, the Nigerian military is heartless and vicious.

Ironically, when, on November 20, 1999, the Nigerian army stormed Odi in Bayelsa state to “teach Odi a lesson” because some militants killed 12 policemen, Gen. Malu defended the actions of his soldiers. These soldiers burned down every building they saw, with the exception of a church, a bank and a health center. The number of people killed is still being disputed but it is undoubtedly in the hundreds. Months after, precisely on October 12, 2001, with Gen. Ogomudia now the head of the army, the Nigerian soldiers stormed several villages in Benue state, following the abduction and killing of 19 soldiers. Hundreds of residents in Vasae, Anyii Iorja, Ugba, Sankera and Zaki-Biam were killed. After the devastation wrecked on village women and children and old men became known, Gen. Victor Malu, who hails from Benue, complained about the brutality of the soldiers, something he did not see when the victims were from Odi.

You don’t have to be in their theater of operation to understand the Nigerian military. Just watch when they clash with the Nigerian police or when they are sent in to confront the Nigerian students as they did at Nassarawa State University in February of 2013.

On the contrary, Nigerian soldiers are again and again credited for great performance as peacekeepers under the UN. You may ask, why do Nigerian soldiers perform incredibly well abroad, under the blue helmet, but not at home? The answer is that as peacekeeping force under the UN, they are compelled to follow the universal codes of conduct of a military force. Also they know that all eyes are on them and any failure to abide by the high expectations placed on them would have consequences, among which is the forfeiture of a lucrative assignment abroad.

There is no consequence for military brutality in Nigeria. They can ignore written codes of conduct, due process and best practices without penalties. A federal court in 2013 asked the federal government to pay Odi people N37.6 billion naira in compensation for what happened in 1999. Anyone in Odi waiting for a payment will be dead before a kobo reached him or her. Of course, no army officer was held accountable for the army’s action in Odi or in Zaki-Biam. It, then, follows that such actions will continue.

Whatever Ihejirika did as army chief, he did not use a manual different from the manual the Nigerian army has used in Asaba in 1967, in Odi in 1999, or in Zaki-Biam in 2001. If he did anything different, it must be that he probably did both the good and the bad better than his predecessors. In April 2013, in Baga, Borno state, for instance, Ihejirika’s soldiers under the excuse of fighting Boko Haram killed over 200 people and rendered 10,000 more homeless. Like in all the other cases before it, the government downplayed what happened, scaled down the figures of victims and did nothing to the soldiers who violated their oath. It is not a surprise that it happened again and again under Ihejirika. And it will continue to happen until we insist on due process and best practices.

The most frustrating thing about Nigeria is that we live in denial. Even when inequities are dripping right on our faces, we are unconcerned until we become victims of these injustices. That’s when we cry foul and turn around and wonder why others are not crying with us.

In every case, concerned people amongst us have asked for due process, evidence based approach and for best practices to be followed. But such demands are often rebuked and rebuffed for one flimsy excuse or the other. One of the most irritating excuses is that we are a developing nation, implying that we should wallow in mediocrity until we ‘mature.’ And then we wonder why our nation’s space is dark and why witches loiter, sometimes disguised as rumors, half-baked ideas, and misinformation.

In Ihejirika’s case the witches that have been crawling out of our dark spaces have been enormous. Some are so troubling that they need to be crushed else they grow wings and fly off beyond the reach of our shoes or they mutate and become resistant to any known bactericidal.

The Nigerian army has been notorious for not keeping good records of inventories and procurements. In his Civil War memoir, Olusegun Obasanjo complained about this. 45 years after, the situation has not improved. And this is what all military forces across the world do diligently. Each year, an independent inspector reviews US military inventories and announces to the nation what is missing and what is intact. With a serious inventory the charges that military equipment are being diverted to Boko Haram fighters can easily be traced and proven with concrete evidence. But we won’t do that because we are a developing nation. Then when we need to investigate an allegation we have no means of doing so.

What is most disturbing and in need of serious examination is the suggestion that Ihejirika did what he was accused of doing as a revenge for what the Igbo suffered during Biafra. The proponents of this idea imply that Ihejirika was sponsoring Boko Haram to destroy the North. While this piece is not a defense of Ihejirika, one cannot help but marvel at the Nigerian tendency to default to an escapist cheap answer when a rigorous examination is needed.

There is no debate as to what Boko Haram is. Boko Haram is a baby of the north. The sect’s decision to slaughter people is not an act unheard of in the north. What happened to Boko Haram after its formation is a different matter. Even if Ihejirika is tried and found guilty of sponsoring Boko Haram, it does not erase the fact that Boko Haram is a creation of the north. If the Bakassi Boys had been allowed to thrive and transform into a terrorist group, people in the South-South and South-East should not turn around and blame others for the monster they created.

Having said that, it is important to state that people like Ihejirika are no Biafrans. The simple idea of an Igbo man or woman aspiring to the top echelon of Nigerian life means the denial of anything Biafran. Any iota of sympathy to the Biafran cause is a death sentence for any Igbo person’s federal ambition. In fact, people like Ihejirika are often ferocious in dealing with Biafrans just to prove their one-Nigeria credentials. Sometime ago, an Igbo minister who donated basic necessities to Biafran veterans at Oji River was sanctioned by a Nigerian president.

The constant suggestion at every corner and the perpetual reminder to the Igbo to behave well because they live in other parts of Nigeria and should be grateful that they are allowed to live there flies in the face of all that we claim to be doing- building a nation. There is no ethnic group that does not have bad eggs who exhibit bad behaviors. What sane and serious countries do is to institute due process, embrace best practices and rule of law so that those who disobey the law are punished accordingly.

There are a lot of Igbo people who have of recent embarked on the traditional Nigerian default position of backing an accused member of their ethnic group. As disheartening as it is, it is not an excuse to level wild charges against the Igbo as a group. Carrie Fisher said that resentment is like drinking poison and waiting that the other person to die. And so it is that turning a blind eye to injustice is like burying landmines on the road, the same road we travel on, and hoping that they will hurt others. The only way to stop the sins of the fathers from being visited on the children is to embrace best practices and due proces

Correct Me If I am Right, SaharaReporters