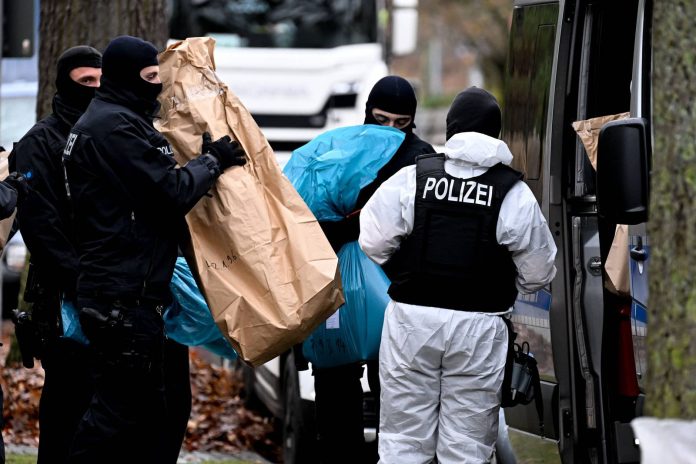 On Wednesday, December 7, Germans awoke to reports of nationwide raids on people suspected of plotting to storm Berlin’s parliament building and overthrow the government.

More than 3,000 German police officers participated in the raid, which foiled a suspected plot by a far-right terrorist group of Reichsbürgers, or Reich citizens, and conspiracy theorists to replace the democratic system with a monarchy.

In one of the largest police operations against extremists ever conducted in Germany, a total of 25 men and women were apprehended. The raids on more than 130 homes, offices, and storage sites included members of the elite GSG9 commando unit, as well as a barracks of the KSK special forces command, Germany’s equivalent of the SAS.

Prosecutors also revealed that one person was detained in Kitzbuehel, Austria, and another in Perugia, Italy.

The suspects allegedly formed a “terrorist organization with the goal of overturning Germany’s existing state order and replacing it with their own form of state, which was already in the process of being founded.”

A far-right judge, an elite soldier, and a German aristocrat are among the suspects.

According to the BBC, reports from Germany indicate that the far-right group planned to attack the Reichstag, Germany’s parliament building, and seize power.

In accordance with German privacy laws, prosecutors identified the suspected ringleaders as Heinrich XIII P. R. and Ruediger v. P. According to Der Spiegel, the former was a 71-year-old member of a minor German noble family, while the latter was a 69-year-old former paratrooper.

According to federal prosecutors, Heinrich XIII P. R., whom the group planned to install as Germany’s new leader, contacted Russian officials in order to negotiate a new order in the country once the German government was overthrown. Vitalia B., a Russian woman, allegedly assisted him in this.

The chief federal prosecutor of Germany will issue a statement on the case later on Wednesday.