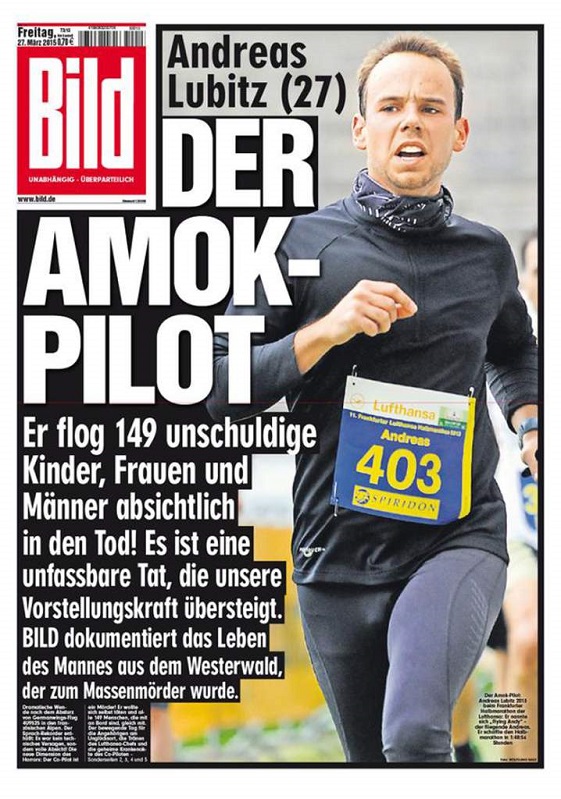 (CNN)The sounds recorded on one of the “black boxes” recovered from downed Germanwings Flight 9525 firms up investigators’ theory that the co-pilot locked the captain out of the cockpit and then crashed the plane.

“For God’s sake, open the door!” Capt. Patrick Sondenheimer screamed as he banged on the cockpit door, pleading with the co-pilot.

Thirteen minutes later, the plane slammed into the French Alps.

The audio from the plane’s cockpit voice recorder has not been released, but the German newspaper Bild published what it claims is a summary of the transcript from the recording.

CNN translated Bild’s report — which the newspaper says is based on the 1.5 hours of audio that was on the cockpit voice recorder — but cannot independently verify the information.

Before takeoff, Sondenheimer tells co-pilot Andreas Lubitz that he didn’t manage to go to the bathroom in Barcelona, Spain, according to Bild. Lubitz tells him he can go any time.

Lubitz is believed to have locked the pilot of Flight 9525 out of the cockpit before putting the plane on a rapid descent into the mountains, French authorities have said.

Once that’s finished, Lubitz tells the captain he “can go any time.”

There is the sound of a seat being pushed backward after which the captain says, “You can take over.”

At 10:29 a.m., air traffic radar detects that the plane is starting to descend.

Three minutes later, air traffic controllers try to contact the plane and receive no answer — shortly after an alarm goes off in the cockpit, warning of the “sink rate,” Bild reported.

Next comes the banging.

Sondenheimer begs Lubitz to let him in. Passengers then begin to scream, according to the transcript obtained by Bild.

Screams can be heard one final time.