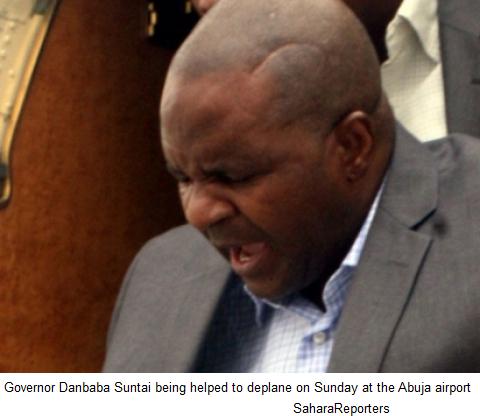 Senior lawyer and political activist, Femi Falana (SAN), today sent a petition to the Inspector General of Police (IGP) demanding a detailed investigation of the letter purportedly sent to the Taraba State House of Assembly by Governor Danbaba Suntai yesterday indicating he is ready to resume his office.

Governor Suntai returned to Nigeria on Sunday after 10 months away receiving treatment and rehabilitation for serious brain injuries he received when an aircraft he was piloting crashed in October 2012.  Reports say he appeared bewildered and uncoordinated as he arrived, needing help and not speaking.

Mr. Falana noted that barely one day after his return, a letter was delivered to the House declaring the governor’s fitness and readiness for work without affording the public a copy of his medical report of mental and physical fitness.

The lawyer indicated he will go to court to compel the IGP to fulfill his constitutional duty if he does not accede to the demand within three days, including today.