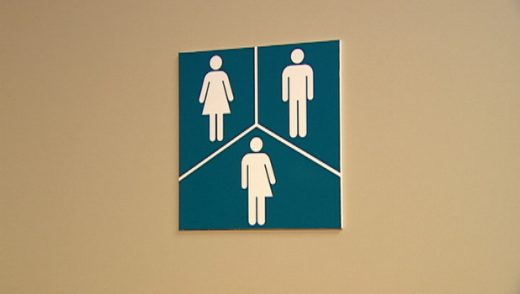 Female students at Florence High School in Colorado were threatened with hate crimes charges when they complained about being harassed by a transgender boy in the girls’ bathroom.

Initial complaints about the transgender student’s behavior towards the girls were made by their parents, who were told by the school that the boy’s transgender rights trumped the privacy rights of their daughters.

When the female students continued to complain about the harassment, the school threatened to kick them off the athletic team or even hit them with hate crimes charges if they didn’t stay silent.

The Pacific Justice Institute sent a letter to the school warning them against prioritizing transgender rights over the privacy rights of female students.

“We’re not going to stand by and let 99.7 percent of our students lose their privacy and free speech rights just because .3 percent of the population are gender-confused,” the letter stated.

The school so adamantly sided with the transgender student that officials even suggested the girls give up access to most of their restrooms altogether, reported CBN News.

Although Colorado’s treatment of transgender school children is determined by policy, California became the first U.S. state to mandate by law the right of girls and boys to choose which bathroom they would use regardless of their gender back in August when Democratic Gov. Jerry Brown signed AB 1266, otherwise known as the ‘Transgender Bathroom Bill’. The law takes effect on January 1st.

The Pacific Justice Institute is circulating a petition that would force state officials to put the bill up for a referendum. If the group collects 500,000 signatures from Californians before November 10, the Bathroom Bill will be temporarily suspended until it is voted on at the next State general election in November of 2014.

Californians “jolted by the mental image of children sharing lavatories and locker rooms with opposite-sex classmates,” are making concerted efforts to repeal the bill before it becomes law, reports Bloomberg. If the bill is suspended, it could set the precedent for other areas of the country.

However, in states like Colorado, Massachusetts, Connecticut and Washington, students and parents are at the mercy of schools who have already instituted policies which exalt the rights of a tiny minority while violating the privacy rights of a huge majority of students who are being forced to share bathrooms with members of the opposite sex who identify as transgender.