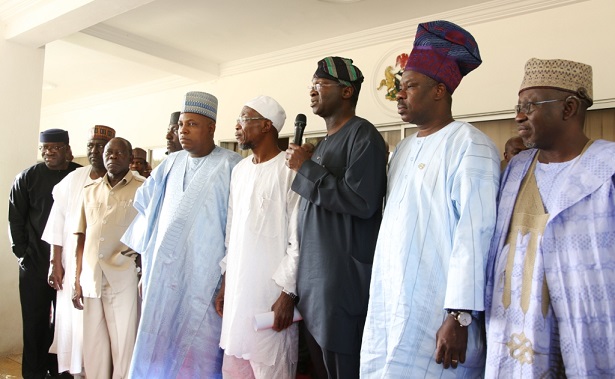 The All Progressives Congress, APC, has reacted to the planned impeachment of the Enugu State Deputy Governor, Mr. Sunday Onyebuchi, describing the allegations for the impeachment as flimsy.

The party, therefore, urged the Enugu House of Assembly to withdraw the impeachment notice.

In a statement issued in Enugu and signed by the spokesman of the Party in the South East, Mr Osita Okechukwu the party said; “we were outraged when we received the disturbing news that the Enugu State House of Assembly had served notice of impeachment on the Deputy Governor of the state, His Excellency, Chief SundayOnyebuchi.

“On closer study of the items listed are allegations like disobedience of the directive prohibiting the maintenance of commercial livestock in residential quarters and disobedience of lawful directive to represent His Excellency, Sullivan Chime in the South East Governors Forum and the flag-off of the 2nd Niger Bridge.

“Whereas, we are not holding brief for Chief Onyebuch, the APC South East is of the candid view that the items listed are flimsy allegations; therefore we appeal to the House to withdraw the flimsy petitions forthwith.

“We are making this appeal not only for the sustenance of our fledgling democracy, but in the collective interest of the good people of Enugu State, a peaceful citizenry that may not wish to return to the dark insecure days of the Peoples Democratic Party (PDP) leadership in the state.

“We challenge the House to stop the impeachment; otherwise it is only a rubber stamp House of Assembly that will base the impeachment of a Deputy Governor on a poultry which had been demolished months ago.

“And further taking a cue from the letter of one of the leaders of APC, retired Major General Muhammadu Buhari to President Goodluck Jonathan, GCFR, we submit, ‘ whether Governor Sullivan Chime is behind the impeachment or the utilization of desperate tactics to suffocate Chief Sunday Onyebuchi, the Deputy Governor, he cannot pretend not to know, since it is happening under his watch’.

“Consequently, we call on the Governor to call the House to order, in order to maintain the harmonious and peaceful atmosphere that subsists in Enugu, which we praise him; for we can see the hand of Esau and the voice of Jacob”.

Similarly, a former governorship candidate in the state Chief Okey Ezea condemned the development describing it as an act of dictatorship.

Ezea, a chieftain of the APC said “It all goes to prove what I have always said that Enugu is badly governed and under a dictatorship. Anyone can award contracts to build roads, demolish Secretariat, award another…. We are worse than we were under the military government. That is why his party has no guber aspirant. We have an emperor that would install everyone including deciding for Nkanu people who must be their senator. There is God oh!”.