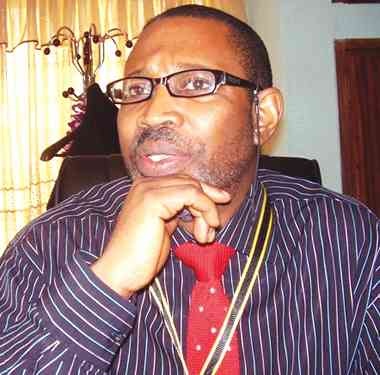 The Vice Chancellor of the Adekunle Ajasin University, Akungba Akoko ( AAUA), Prof. Olufemi Mimiko, yesterday said that part of the money he received from the National Conference will be donated to indigent students.

According to the AAUA VC, the fund would be used in form of scholarship for those students that are finding it difficult to pay their school fees.

Mimiko, who was one of the representatives of the State at the Confab made this known at a reception organized for him by the Staff and other management team of the institution to welcome him back to the University.

He said a scholarship scheme has been put in place in the institution to help the indigent student who are struggling in terms of their financial needs.

His words, “Let me tell you today, part of what we got from the national Conference will be dropped for the indigent students through the scholarship scheme we have on ground“

The VC, who is the younger brother to the governor of the State, Olusegun Mimiko expressed his appreciation to the Principal Officers of the institution for their good job since he had been away from the institution.

Prof. Mimiko further stated that before the confab started officially on March 17, he had two trepidations about his participation at the conference.

He said “I asked myself whether it would be worth my while to leave the university for all of four months? Would the AAUA system function in my absence and for that long?

“Significantly, I chose to resolve all the issues and controversies on a positive note. So,to Abuja we went, and to the glory of God,we did what we needed to do”

He highlighted some of the more profound recommendations at the Confab to include; Status of LGAs: evicted from the constitution, now in the purview of states, State Police, Zonal Commission, Provision for merger by states, Boundary Adjustment, and Solid Minerals now in concurrent List.

Others include, State Creation and Significance for minority right in the North, Ports, Railways, ownership and managementa-concurrent list, Independent Candidature and Independent of INEC and Possibility of cleaner elections.

On the insinuations about the extension of his tenure as Vice Chancellor, Prof Mimiko stated unequivocally that he had no intention of extending his stay as the VC beyond the mandatory 5 years that would come to an end early January, 2015.

“There is no end to the work of a university, indeed of any organization. For those who are persuaded, I should stay on because I had done well. The truth is that they wouldn’t have had an idea of my own modest capacity if I hadn’t been allowed to serve as VC because somebody has to be kept on for doing a good job. Let us trust God to get the right person to take over the administration of AAUA after Professor Mimiko”

” I am sure my tenure ends on January 4 and under no circumstance am I going to be on this seat on January 5, 2015. I am eager to return to class” he concluded.

The VC said the process of the appointment of new VC would start in no distant time.