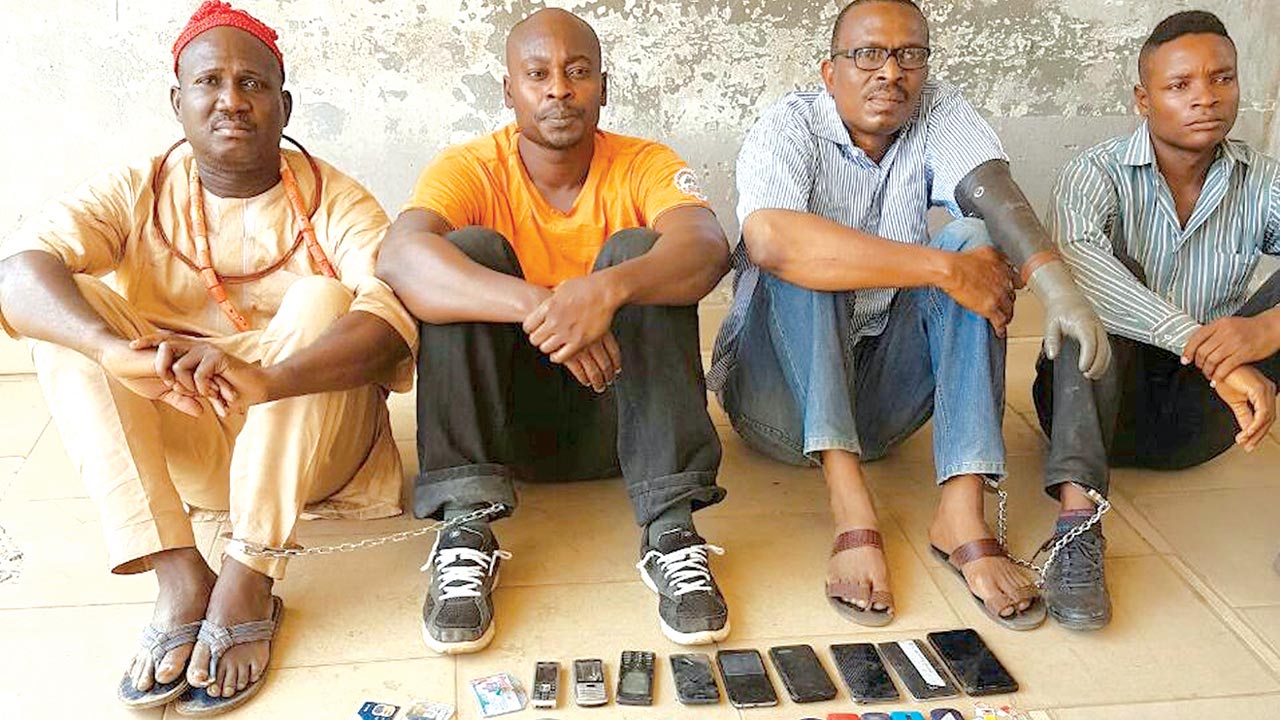 The amputee and three others were arrested for impersonating chief of Staff to the President, Mallam Abba Kyari and the National Security Adviser (NSA), Gen. Ali Monguno, APC chief Bola Tinubu, senate president Saraki and others.

So looking at their images, dear readers, which one do you think impersonated which APC personality?

Here is the story from Guardian:

He said their arrest is sequel to series of complaints, which the IGP Ibrahim Idris received from members of the public on the activities of the criminals. He said based on the strength of the complaints, the IGP directed Assistant Commissioner of Police (ACP), Abba Kyari, to fish out members of the gang.

“After three days of unrelenting follow-up and intelligence, they were tracked down to a luxury hotel in Kaduna and arrested there. The suspects at different fora posed as Chief of Staff to President, NSA, Minister of Petroleum, Minister of Finance, Chief Bola Tinubu, and Senate president.”

The police spokesman said investigation revealed that Samuel Idah is the one who supplies the gang with SIM cards allegedly registered in the names of prominent Nigerians.
Fourteen different phones with SIM cards registered in the names of top government officials and a diary containing phone numbers of several top government officials and popular Nigerians were recovered from the suspects.

They further confessed to have made over N20 million from their criminal activities within the last six months, and mentioned one Prince Maurice based in United Kingdom as their gang leader.

“They admitted posing as the Secretary to the Federal Government, Mr. Babachir David to swindle one Nnamdi Udo of N4 million.” The Force PRO disclosed the said Nnamdi was allegedly looking for a federal appointment.