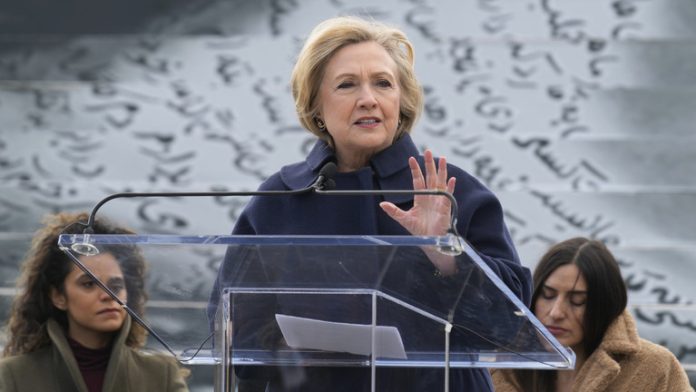 Hillary Clinton, the former secretary of state and failed presidential candidate, has been hired as a professor at Columbia University in New York, where she will teach students about public affairs and global politics.

The decision was announced on Thursday by the university’s president, Lee C. Bollinger, who stated that the former politician would be appointed “professor of practice” at Columbia’s School of International and Public Affairs beginning in February.

Her responsibilities will include “a variety of major initiatives, particularly those focusing on global politics and policy and on supporting female leaders,” according to Bollinger, who will also serve as a presidential fellow at Columbia World Projects, with a focus on “renewing democracy and advancing efforts for effective engagement of women and youth.”

Later, in a social media post, Clinton praised the university for “helping to address some of the world’s most pressing challenges” and for its “commitment to educating the next generation of policy leaders.”

“I’m overjoyed to be a part of this community,” she said.

Clinton previously represented New York as a US senator and was first lady to President Bill Clinton in the 1990s before becoming Secretary of State under then-President Barack Obama. Long a Democrat, she took a number of hawkish positions during her tenure in office, including strong support for the 2011 overthrow of Libyan leader Muammar Gaddafi, whose assassination by US-backed rebels contributed to the country’s ongoing chaos and violence.

Following her loss to Donald Trump in the 2016 presidential election, Clinton was a vocal supporter of the now-debunked ‘Russiagate’ conspiracy theory, which claimed that Moscow colluded with Trump to hijack the election using ‘fake news’ and social media trolls. She is still a harsh critic of the former president, claiming that the race was stolen from her.