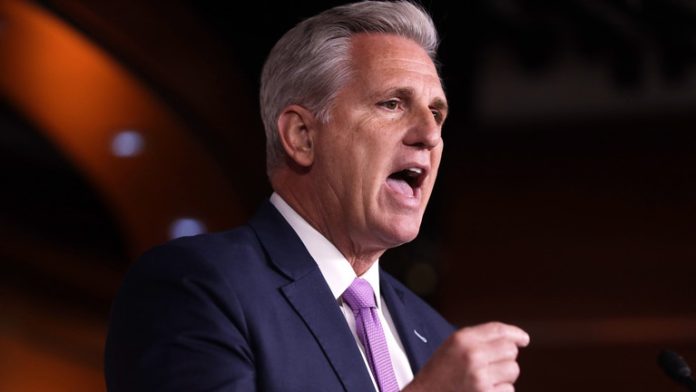 Congressman Kevin McCarthy, a Republican from California, has failed to overcome the opposition of 20 or so members of his party to become Speaker of the United States House of Representatives. Even after the eleventh roll call in three days, he was still short of the 218-vote majority required for the position on Thursday evening.

McCarthy was only able to secure 200 votes in the latest contest despite making additional concessions to the dissenters since Wednesday’s failed votes, despite facing a mutiny from within his party in the form of the pro-Trump House Freedom Caucus.

He agreed to a vote on congressional term limits, a potentially seismic shift in the third-oldest Congress in US history, and promised to make it easier for representatives to remove the speaker, whoever that may be.

Even former President Donald Trump and former Vice President Mike Pence, who both urged party members to support the former House minority leader, were unable to push McCarthy over the majority line.

Throughout the voting, Democrats have remained united, with all 212 party members supporting Rep. Hakeem Jeffries (New York). Nancy Pelosi, the party’s long-serving congressional leader, chose not to run for re-election as speaker, but she remains firmly seated in the position she has held for the past 35 years.

McCarthy is opposed by the Freedom Caucus due to his perceived weakness on key issues such as the border and government spending. However, many Republicans are growing impatient with the never-ending votes, urging their more idealistic colleagues to set aside their concerns because none of the newly elected representatives can be sworn in until the job is filled.

McCarthy can only afford four defections among the 222 Republican representatives elected to the House for the 2023 term. The three-day shambles is the first time in over a century that a speaker vote has failed.