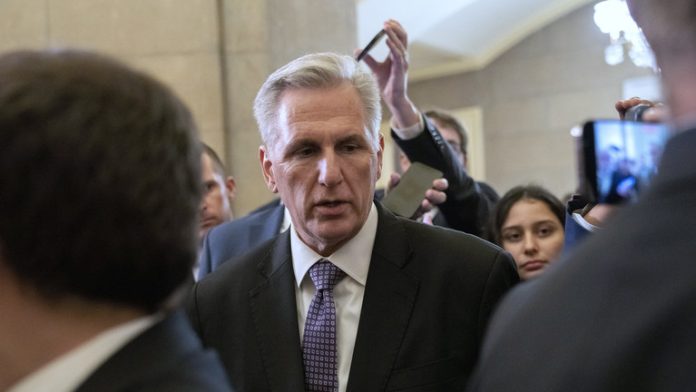 Elon Musk, CEO of Twitter, declared on Thursday that Republican leader Kevin McCarthy should be elected Speaker of the United States House of Representatives. Despite the fact that the Republicans have a majority in the House, McCarthy has not received enough support from his own party to assume the position.

“Kevin McCarthy should be Speaker,” Musk tweeted on Thursday morning, a day after McCarthy was defeated in the sixth consecutive ballot to replace outgoing Democrat Nancy Pelosi as speaker.

McCarthy needs 218 votes to secure the gavel, with Republicans holding a 222-213 seat majority in the House. However, Republican lawmakers are divided in their support for the Californian, with 20 refusing to back his leadership bid.

McCarthy is being opposed by the pro-Trump ‘Freedom Caucus,’ who believe he is too willing to compromise with Democrats. In addition to wanting the party to take a tougher stance on immigration and cut government spending, this group wants McCarthy to commit to a set of rules that would give them more time to review legislation before voting and more power to remove a speaker during the term of Congress.

While the majority of the Freedom Caucus members are staunch supporters of Donald Trump, the former president has endorsed McCarthy. On Wednesday, Trump urged Republicans to “vote for Kevin, close the deal, take the victory, and watch crazy Nancy Pelosi fly back home,” adding that the GOP should not “turn a great triumph into a giant and embarrassing defeat.”

Musk has previously described himself as a political centrist, but he voted Republican in the midterm elections in November. While the billionaire has never publicly expressed admiration or support for McCarthy, the politician defended Musk in November when the Biden administration said it was “keeping an eye on” his efforts to repeal Twitter’s censorship policies.

“That offends me,” McCarthy stated at the time. “I believe the American people have spoken on this. I believe our First Amendment is upheld, and I believe they should stop targeting Elon Musk.