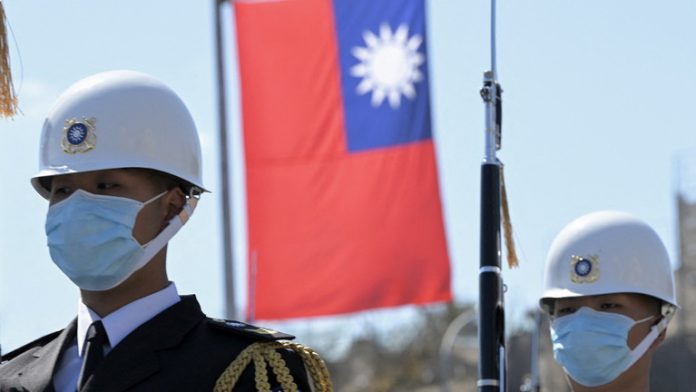 Taiwanese authorities detained four military officers suspected of spying for Beijing on Wednesday, according to local media. Three more officers involved in the case have reportedly been released on bail.

According to the Taiwanese Central News Agency (CNA), authorities apprehended a retired Air Force captain and three active duty officers. On Tuesday, all seven suspects were brought to the prosecutor’s office in the southern city of Kaohsiung for questioning.

Following the interrogation, four of the seven were detained, including the captain, Liu, a commander named Sun, and two lieutenant commanders named Liu and Kung, respectively. Three more officers were released after posting bail of $100,000 to 200,000 new Taiwan dollars ($3,260 to $6,500).

The prosecution claims that after retiring, the retired captain began spying for Beijing in 2013, using his personal connections to set up a spy ring. In the years since, he is believed to have recruited at least six officers, receiving payments ranging from $6,500 to $23,000 for his services through a shell company.

In response to the report, Taiwan’s Ministry of Defense stated that the ring was exposed thanks to military tip-offs. The ministry also stated that the “entire case has entered the judicial process,” but declined to elaborate.

Taiwan and Beijing have repeatedly traded spy accusations in recent years, with Taiwan’s Defense Ministry describing clandestine Chinese efforts as a “serious threat.” One of the most high-profile espionage investigations occurred in 2021, when Taipei authorities investigated former Vice-Defense Minister Chang Che-ping for alleged ties to a Chinese agent. Later, he testified in his own case, which resulted in the indictment of two high-ranking military officers.

Meanwhile, in 2020, China claimed to have detained several people spying for Taiwan as part of a counterintelligence operation, claiming to have solved more than 100 cases.

Under the ‘One China’ policy, Beijing regards Taiwan as a sovereign Chinese territory. Since 1949, the island has been ruled by nationalists who fled the mainland with US assistance after communists won the Chinese Civil War.