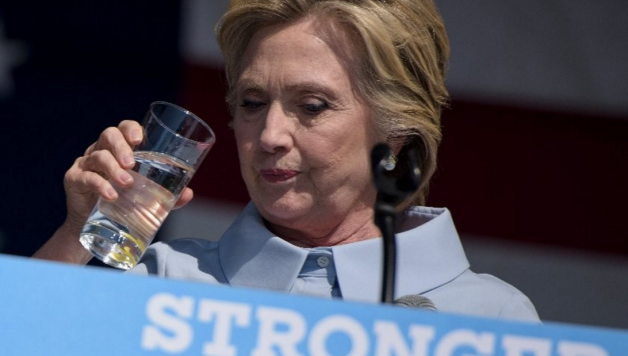 The Democrat candidate for president of the United States displayed a disgruntled temperament in a recent video scolding Americans for supporting opponent Donald Trump.

“Having said all this, ‘Why aren’t I 50 points ahead?’ you might ask?” Clinton says, clearly frustrated. “Well, the choice for working families has never been clearer. I need your help to get Donald Trump’s record out to everybody. Nobody should be fooled.”

“If you do know somebody who might be voting for Trump, stage an intervention,” an irritated Clinton states. “Try to talk some sense into them. Lay out the facts. The facts are on our side, about what I’ve done versus what he’s done. Remember, friends don’t let friends vote for Trump.”