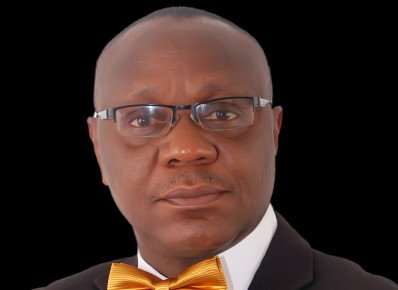 State Security Service agents tackled, shoved and detained a PREMIUM TIMES’ editor for more than seven hours on Tuesday for daring to cover the trial and a suicide attempt by Charles Okah at a federal court in Abuja.

Three state agents dragged Ibanga Isine, PREMIUM TIMES regional editor, at the court premises, seized his phones and forced him into their van, before detaining him at their office under degrading condition.

At the SSS office, despite formally identifying himself as a journalist, Mr. Isine was forced to sit on bare floor at a fixed position for several hours. He was denied access to his family, lawyer and colleagues.

The SSS has yet to inform PREMTIUM TIMES its reason for the maltreatment.

PREMIUM TIMES condemned the attack in “very strong terms” and demanded an apology from the State Security Service.

“Attacking a journalist and holding him in a dehumanising manner for doing his job, has no place in 21st century democratic Nigeria,” ‎said Musikilu Mojeed, the paper’s Managing Editor.

”The SSS must be ashamed of its conduct. We understand the hierarchy of the service intervened later and directed Mr. Isine’s release after several hours. The service must go beyond that and apologise for its irresponsible behaviour and immediately sanction those involved in it,” he said.

Mr. Okah is accused by the Nigerian government of being the mastermind of the 2010 Independence Day bombing in Abuja. Mr. Okah has been held for years but he denies the allegations.

On Tuesday, Mr. Isine arrived the Abuja High Court complex at about 9.15am and went straight to Court 5 where Mr. Okah was billed to appear.

Unlike previous sittings of the court, Mr. Isine met only two journalists.

He suspected most reporters and photojournalists were at the National Assembly to cover the big political story of the day – the announcement of President Muhammadu Buhari’s long-awaited ministerial list at the Senate.

Long after he took a seat, Mr. Okah was led into the courtroom by three prison officials.

The first case of the day was that of the State versus Okah and others. The prosecution counsel, Alex Izinyon, announced presence but the defence counsel was absent. Mr. Okah and the other accused persons were inside the dock.

Since there was no way the court could proceed with the trial without the defence counsel, Justice Kolawole asked Mr. Izinyon to take a date for a retrial of the case and October 20th was taken. Just as the new date was taken, Mr. Okah signalled to the prison official to give him a bottle of what he might have come with to court. He drank from the plastic bottle and dropped it on the edge of the dock.

Shortly after he dropped the bottle, Mr. Okah put up his hand and sought leave of the court to speak for five minutes, a request Justice Kolawole readily granted.

Mr. Okah started speaking in a manner that kept all in the courtroom spellbound.

Hardly had he uttered the last word, than Mr. Okah broke into “Abide with me; fast falls the evening tide. The darkness deepens, Lord with me abide…”, a song usually played at funeral events or close of day.

He was still singing and the court in dead silence when he suddenly scaled the dock, picked a side stool and smashed the nearest window and made to jump out to the void below.

Pandemonium broke out. “At once, it was as if Satan himself had come to court,” Mr. Isine said. “People were screaming, ‘protect my lord, protect my lord’”.

In minutes, Mr. Okah was delivered from himself and lawyers and security officials milled around to console him and to assure him his case would be heard.

As Mr. Okah was led back to the room, Mr. Isine made to capture the moment.

Later, as he walked down the staircase to leave, three dark-dressed operatives, including a lady with a hood accosted Mr. Isine. Without questions, the three SSS agents dragged him by his trousers out of the court premises and shoved him into their van which sped off to the SSS FCT command office.

There, he was forced to sit on bare floor, at a fixed position from about 11.45am without access to anyone except the SSS personnel.

Later, against his wish, and without a witness and his lawyer, Mr. Isine was compelled to give a written statement.

He was released at about 10p.m.