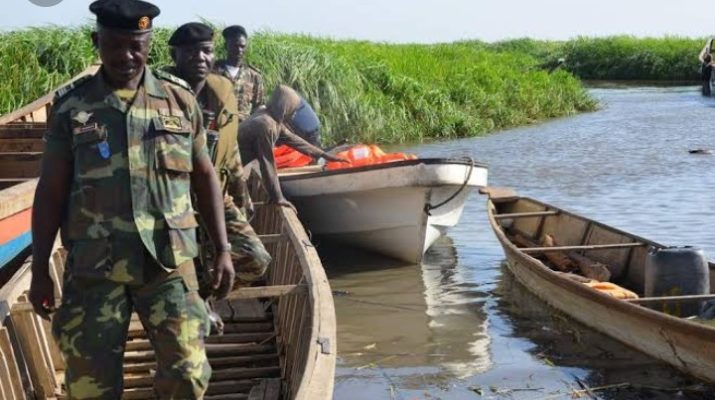 It was on Saturday evening at Barwee Luxury Hotel located close to Maiduguri Airport that a group of locals, seven of them fishermen spoke to WEST AFRICA REPORTERS (WAR)

They narrated how the Nigerian soldiers in the name of fighting Boko Haram took over fish business from the locals and accuse them of funding Boko Haram.

Before the military came to Maiduguri, we have been surviving in fish business, David Gagaya who drove in a yellow tricycle (keke naped) said.

We are not only suffering from Boko Haram displacement, the economic deprivation we suffer from the army is worse compare to what Boko Haram did to us, Abdullahi Mungunu said.

One after the other, they recounted how they were been chased away from fishing in Baga River, located along the Lake Chad shores by the military.

Some of the fishermen who tried going to catch fish in the river were shot and thrown into the river by the military men, the local fishermen alleged.

Having taken over our business, seen that we have no other means, the military now transport trucks load of fish to the eastern part of the country to sell and make money.

Muazu Boyi, narrated how in some cases, the military engage the services of local fishermen to catch fish for them and pay them at the end of their labour.

We have been turned to slaves since military were deployed to Maiduguri, he lamented in a very angry tone.

Yusuf, who preferred to give only his first name narrated how the Nigerian army have detained fishermen and accused them of financing Boko Haram. He said the army accuse them of paying tax to Boko Haram.

Paul Dimkabi, who said he has no other means of survival disclosed that he makes over N10 million annually in fish business that has since been taken over by the military. He appealed on the government to urge military to allow them go back to their fish business.

The military were asked to come and secure us and not to takeover our means of livelihood he laments.

A mid cadre military officer who spoke to WAR in a restaurant opposite Access Bank along Bank Road in Maiduguri town, confirmed that the military has taken over fish business from the locals, but pleaded not to be mentioned for fear of victimization from the military authority.

Another military source said, the military did not only takeover fish business from the locals, but are now cultivating beans in a commercial quantity using the locals as labourers.