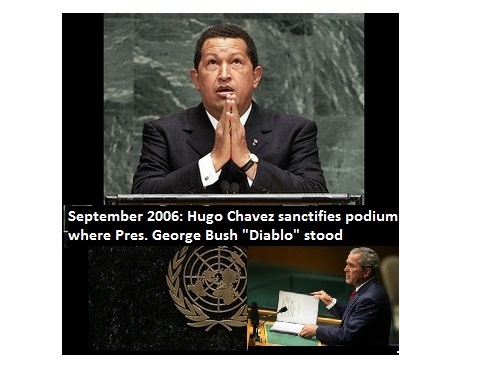 NewsRescue- The peoples president of Venezuela, Hugo Chavez is dead.

The announcement of his death was made Tuesday by Vice president of Venezuela, Nicola Maduaro.

Hugo Chavez has been battling with cancer for several years, and was recently returned home to Venezuela to continue the battle at its final stages at home. He died at 58.

Hugo Chavez is remembered as a strong oppositionist to United States hegemony and imperialism. In the footsteps of Che Guevara, Fidel Castro and the likes, he is credited with supporting and advancing the cause of South American unity and progress.

With the poor and the masses, Hugo Chavez is a favorite. He always won re-election in Venezuela courtesy of masses’ vote, as he was known to support and promote investment in the bottom and not the top. He is also remembered in the United States for the charitable works of Venezuela owned Citgo oil, “warming American hearts,” with free heating oil for the poor.

He rests with his Creator.