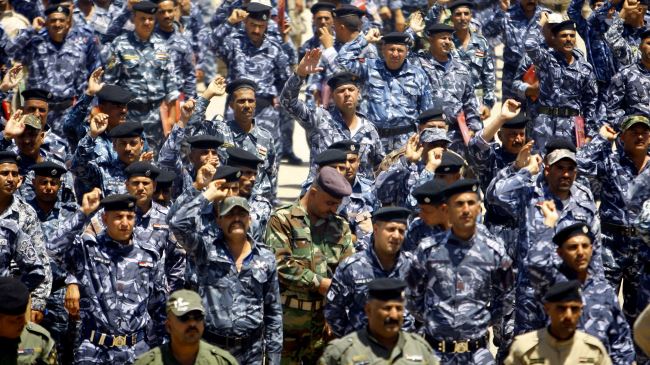 Hundreds of thousands of Iraqi volunteers have responded to calls by the country’s highest religious authority to fight militants from the so-called Islamic State of Iraq and the Levant (ISIL).

The Iraqi volunteers have signed up at recruitment centers in different cities across the country in an effort to join the armed forces in their fight against the al-Qaeda-linked militants. Iraqi Prime Minister Nouri al-Maliki expressed his appreciation during a speech on Thursday, for their resolve to help the government. On Tuesday, Iraqi Deputy Prime Minister for Energy Hussain al-Shahristani also said that over two million people have taken up arms to back the government. Political figures, clerics and tribal leaders are among those joining the fight against the so-called ISIL. Read more.

Nigeria is embattled with a similar but much less deadly insurgency, however the Nigerian government has insisted on refusing to accommodate civilians who have been pleading the right to bear arms and join the overwhelmed military efforts to combat Boko Haram terrorism that has plagued the north east of the country for over 4 years leading to an estimated 80,000 deaths and over 3 million displaced, wrecking the main food basket of the nation. A prominent civil right organization, ENDS, Every Nigerian Do Something has written a formal letter to the Nigerian government since April, requesting executive authorization for thousands of committed and patriotic youth to be engaged in the war against Boko Haram. There has been no formal response by the Nigerian government yet.

The abduction of 234 girls from a school in the conflict north east this April, brought the plight of Nigerians to global fore.