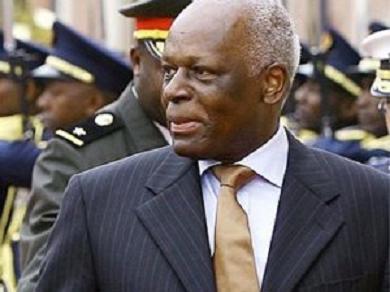 Angola became a hot topic in the international media over the weekend, as news outlets around the world wrote about reports that the Southwest African nation had banned Islam and had begun to dismantle mosques.

But an official at the Angolan Embassy in Washington, D.C., who did not want to be identified while discussing the sensitive matter, said that there is no such ban, and that the reports are erroneous.

“The Republic of Angola … it’s a country that does not interfere in religion,” the official said via telephone Monday afternoon. “We have a lot of religions there. It is freedom of religion. We have Catholic, Protestants, Baptists, Muslims and evangelical people.” Read more…

On Friday, several newspapers in the South African country quoted the Angolan Minister of Culture, Rosa Cruz e Silva, as saying that “the process of legalization of Islam has not been approved by the Ministry of Justice and Human rights… Mosques would therefore be closed until further notice.”

Silva reportedly said the ban was necessary since Islam is “contradictory to the customs of Angola culture.”

As part of the ban, the Angolan government began a demolition program of mosques and other Islamic sites.

The decision is the latest in a series of efforts to ban what Angolan officials refer to as “illegal religious sects.”

The reports of the ban on Islam, however, cannot be independently verified as Angola’s constitution guarantees freedom of religion to all of its citizens.

NewsRescue editor– A sigh of relief and the world can return to what we were doing.

Numerous authentic sources and Angola dailies reported this story, now seemingly redacted by the ambassador to America, including;
La Nouvelle Tribune
All Africa
On Islam
-AfricanGlobe
http://guardianlv.com/2013/11/islam-banned-in-angola/ La Nouvelle Tribune
There is something going on in Angola which involves not just Islam, but other faiths as well, this NewsRescue has confirmed from sources, but as at now it appears Angola will be putting a lid on it to prevent strong global rebuke.
We will be following Angola closely.