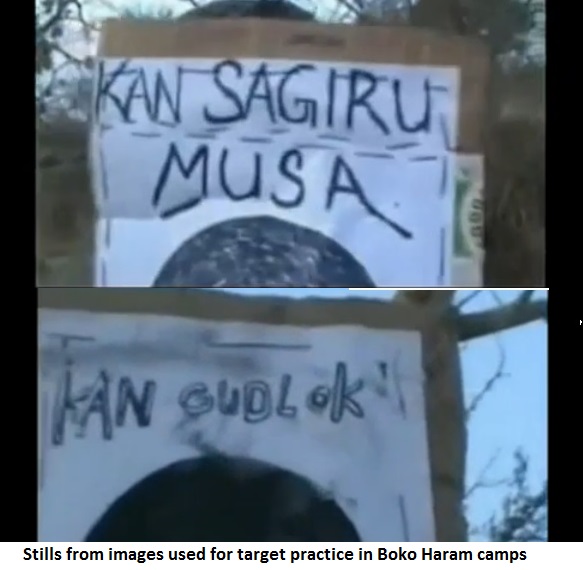 It has been a few days since we read about the ‘ID cards in the Boko Haram jungle camps of Balmo Forest.’ ID cards in the jungle? Seriously? That’s no doubt a major announcement. It’s got us all excited and piqued, wondering what juiciness this tale holds.

On a serious note, what does ID cards in the jungle mean? The federal government announced this as a serious matter, stating that the politicians whose ID cards were found were being investigated for terror affiliation.

We will be happy if Nigeria’s security services at last, caught and convicted political terror sponsors but that is not what this discovery appears to be unfortunately. Let’s consider.

There are four ways that ID cards can be left in the jungle:

1. If they are fake ID cards. This is a most probable explanation for ID cards to be found in jungles. Perhaps they were printed to use to rob the owners’ bank accounts and for all other non specific use as imposters of the owners.

2. They could be given. But why will a politician give his ID card to people in the jungle? For them to use to intimidate? As imposters? To clone for replicas? For target practice? – it must be mentioned that we have seen Boko Haram use representations of president Jonathan’s head, SAS’ head, and other top official heads for target practice.

3. The next possibility is for it to have been dropped by accident. The politicians would be at a meeting in the jungle and have loose pockets from which their ID cards will drop. But this is almost impossible considering that more than one culprit was implicated. So many people cannot just be dropping all their ID cards.

4. The fourth and final method is by demand. Perhaps the terrorists of the jungle requested the ID cards. Why would they do such? To use to implicate the politicians? To use as imposters? Or to use to recruit members? Demands are most likely to blackmail and hold the bearer to ransom.

From our above basic analysis, the fact of the matter is, ID cards in the jungle makes little sense if any at all. Of course the state security services may be on to something we can’t anticipate or configure. We are eager to hear from the federal government on the results of their investigations and see if and who those implicated are and what will be the end of this big matter. May the death be to all terrorists, their sponsors and those who benefit from their terrorism and make their job easy.