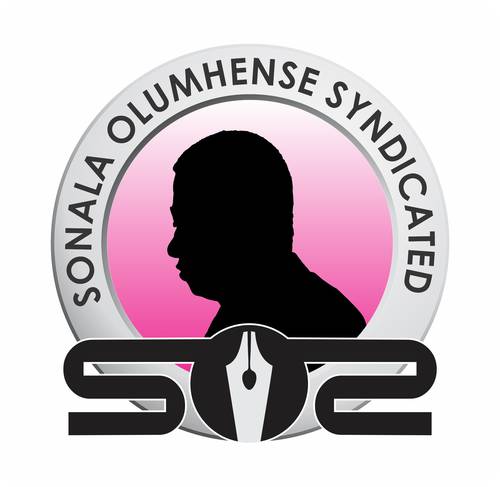 Under The Hood Of Boko Haram

Last week, a foreign source identified two of the Nigerians he alleges to be behind the Boko Haram militants.

One of them: former military Chief of Army Staff, Lt-General Azubuike Ihejirika. The other: a former state governor Modu Sheriff.

The disclosure was made in Australia by Stephen Davis, a hostage negotiator reportedly hired by the Nigerian government to interface with Boko Haram, from whom he got the two names.  General Ihejirika swiftly denied any involvement.

The news was broken in Nigeria on Thursday by Nasir El-Rufai, a former Minister.

Ihejirika, who was fired from his plum job last January, immediately picked up his weapons and aimed them in the direction of El-Rufai, calling him a Boko Haram “commander.”

“The likes of El-Rufai have been supporting Boko Haram,” he said in his rebuttal.  “In fact, El-Rufai and his likes are the same group of people that ensured the army did not to get the requested equipment to deal with this menace once and for all, as they used their cohorts to tell the government that procuring modern equipment were not necessary.”

He did not forget to throw in the ethnic card, either.  “When the Boko Haram operation started, supporters of the sect like El-Rufai said that there was nothing like Boko Haram and that the army was just killing innocent youths.  El-Rufai said that I was re-inventing the killing of the Ibos during the Biafra war following government’s determination to rid the country of terrorism.”

For some reason, Ihejirika seemed to concentrate his bullets on the emissary, rather than the message, which was Davis.  He did not say what he did about “the El-Rufais” when he was in office.

That describes Nigeria rather well, in terms of our persistent refusal to face the issues that confront us.  For a government which claims it really wants to treat the Boko Haram infection, the Davis intervention is a vital opening.

Ihejirika and Sheriff ought to have been arrested the same day, and left with no chance to influence the narrative.

The problem is the government of doubt in Abuja: doubting itself, doubting its responsibilities, doubting yesterday, doubting the questions, questioning the doubts.

But for Abuja’s self-esteem crisis, we might actually have reached the Davis level two and a half years ago when President Goodluck Jonathan himself first announced that he had Boko Haram sympathizers in his government.

How in the world does a leader identify the enemy in the same room as he, but do nothing about it even as that enemy inflicts increasing carnage in the country?

But for Abuja’s self-esteem issues, we might actually have reached the Davis level in April 2012 when National Security Adviser, Owoeye Azazi, speaking a few months after Mr. Jonathan’s remarks, said Nigeria needed to investigate the root of the level of violence in Northeastern Nigeria [to establish] whether it had escalated because the group out of the blue became better trained, better equipped and better funded.

He attributed the growing insecurity to what he called “undemocratic practices” by the political parties, and specifically indicting the ruling People’s Democratic Party (PDP).

“The issue of violence did not increase in Nigeria until when there was a declaration by the current president that he was going to contest.  PDP got it wrong from the beginning. The party started by saying Mr. A can rule, and Mr. B cannot rule, according to PDP conventions, rules and regulations and not according to the constitution. That created the climate for what is happening or manifesting itself in the country…”

The PDP, which is defined by power, not responsibility, hated that kind of talk from an official it considered to be its property rather than a servant of the country.  Two months later, Azazi was fired.  Seven months later, he died in a helicopter accident.

Azazi’s death ended any hopes of any more uncomfortable questions from within the upper echelons of power, but the disclosure by Dr. Davis means that the old file ought to be re-opened. Will the government of doubt do that? Better still, what will the government do?

Judging solely from the track record of the Jonathan government, we are to expect nothing.  Even if he did set up an investigation, such a process will be abandoned once public focus is no longer as harsh.  His government, lacking interest in accountability, characteristically and routinely ignores such reports.

The truth is that this is how the Boko Haram insurgency grew out of control.  In the past couple of years, not only has it unveiled itself as the most destructive and divisive force since independence, it has exposed the Jonathan government as divided and incompetent, and the security agencies as overblown and overrated.

While the presidential fleet of jets continues to grow, Nigeria’s military has been exposed as being of limited training and equipment; while the Nigerian government continues to spend money recklessly on its privileged inner circle, Nigeria’s infrastructure decays; while Nigeria’s rulers make speeches, the poverty and disenchantment are grow.

What next?  The future is already here: Nigerian soldiers refusing to fight, preferring the humiliation of being court-martialed to execution by better-armed, and perhaps better-trained militants.

The future is already here: a country where a small group of violent militants armed itself, as well as trained and mastered the terrain better than all of the security agencies put together.

It is a sad, shameful day when Nigeria’s rulers declare a state of emergency in the worst-affected states, only for the militants to prove to be even more diabolical in those states.  It is an even more shameful day to consider that a man of Ihejirika was in charge of the army during a significant part of this period, only to start pointing fingers after he has been called out.

This is the tragedy of the Jonathan era: self-doubting governance where fear is nurtured rather than combatted; where the hard treatment is avoided and the patient dies; where the criminals are pardoned, not prosecuted.  Our prize is that million and millions of young citizens are left on the streets to fend for themselves.

Hopefully, Boko Haram is as deep as we will ever sink.  It need not be this way.  A responsible government must find the courage to isolate the enemy to defeat it.  This can only be done if it first establishes a capacity for social justice and the rule of law.  That is what #BringBackOurGirls is really about, and why it defines the Jonathan government so well.

Who are the sponsors of Boko Haram?  Now Nigeria has a good opportunity to find out.  Can her government of doubt find the heart?