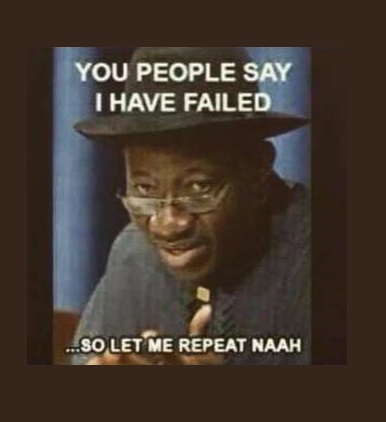 ABUJA — President Goodluck Jonathan said, yesterday, that he deserves a second term to enable him consolidate on the achievements he has recorded during his first term in office and promised to do better if he is re-elected.

Speaking with traditional rulers in Kogi State before the presidential rally in Lokoja, President Jonathan said most governments worldwide perform better during the second term of their administrations.

According to the president, public office holders perform better during their second term because they have enough time to settle down and plan quickly.

He said: “Whatever we have done in the last four years, we believe that we will even do more in the next four years. Most governments all over the world do better in their second tenure.

“This is because the Presidents are more stable that time, especially in this two-term arrangement. They sit down and plan for the country and focus on key areas.”

The president told the traditional rulers that his administration would pay greater attention to the Ajaokuta Steel Company of Nigeria and ensure that the steel is included in the nation’s rail system if he is re-elected.

Addressing a rally later at the 25,000 sitting capacity Confluence Stadium, Lokoja, President Jonathan said he had fulfilled his electoral promises to Nigeria

According to him, the promise to revamp Ajaokuta steel has yielded positive result and that in a short while investors will be asked to bid for the steel company in order to commence full manufacturing activities.

Said he: “I have fulfilled my electioneering promises to the country. One of such promises is the Ajaokuta Steel Company, which we first started with by putting in a vibrant management team.”