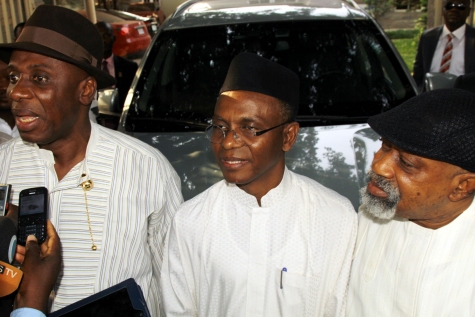 A former Minister of the Federal Capital Territory [FCT] and chieftain of the All Progressive Congress [APC], Nasir El-Rufai, has ruled out the possibility of leaving his party for the ruling People Democratic Party, PDP.

In a tweet Wednesday, Mr. El Rufai appeared to be reacting to the defection of a former chairman of the Economic and Financial Crimes Commission, Nuhu Ribadu, who decamped from the APC to PDP weekend.

Mr. Ribadu is also a former presidential candidate of the defunct Action Congress of Nigeria, ACN, which is part of the APC today.

“I will only consider the choice of defection to the People Democratic Party, PDP when Satan repents and converts to Islam,” Mr. El Rufai said in a Twitter message.

Mr. El-Rufai was a PDP leader during the Obasanjo Administration before Joining the Congress for Progressive Change [CPC], which later transformed into the APC.

The former minister’s posters have flooded parts of Kaduna State, but it is not clear whether he plans to seek an elected office in the state in 2015.