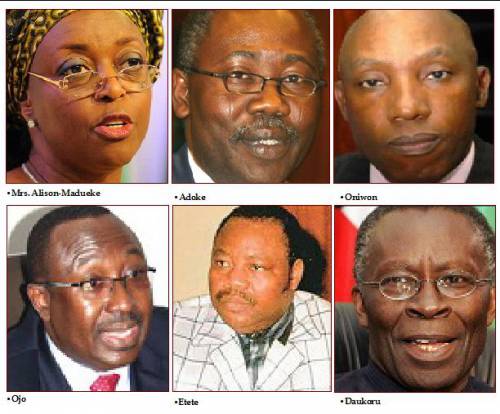 BY VICTOR OLUWASEGUN AND DELE ANOFI,

The probe into the controversial $1.092 billion Malabu oil deal led to the murder of an official of the Corporate Affairs Commission (CAC), it emerged yesterday.

The agency’s head of Compliance, Justin Ndia, said Abubakar Umar,  who was in charge of the Malabu brief, was “brutally murdered.”

Ndia spoke when he appeared before the Hon. Razak Atunwa-headed House of Representatives ad hoc committee on the alleged corruption, malpractices and breach of due process in the award of Oil Prospecting Licence OPL 245 on Wednesday.

Umar’s murder led to the disappearance of the file in which the structure of the ownership of Malabu was “illegally” changed, the committee learnt.

Although Ndia’s appearance before the committee was secret, The Nation obtained the details yesterday.

Other details obtained by the newspaper show that the Economic and Financial Crimes Commission (EFCC) plans to prosecute two former Ministers of Justice, Mohammed Adoke, and Bayo Ojo. Also to be arraigned is former Minister of Petroleum Dan Etete.

EFCC Acting Chairman Ibrahim Magu, who was represented by the agency’s Senior Prosecutor,  Ojogbane Johnson, said those involved would be charged to court this week.

The EFCC, described the Malabu transaction as a “fraud,” adding that “ the international embarrassment in the manner the FGN handled the matter vis- a -vis the involvement of the former AGF and the seeming distasteful and disgraceful way the proceeds was distributed through suspicious circumstances leave much to be desired.”

The position of the anti- graft agency is sharply different from that of the Attorney-General of the Federation and Minister of Justice, Abubakar Malami, who while appearing before the committee on Tuesday, said the evidence against Adoke and others were inconclusive.

“One thing I have to bring to your notice is that investigation is ongoing.  I cannot with certainty jump to the conclusion of the indictment,” Malami had said.

However,  the EFCC position was corroborated by a document obtained by The Nation from the anti-graft agency,  which states: “Up till now, Mohammed Adoke, who is confirmed to be outside the country, has failed to honour all invitations extended to him. He will be declared wanted in due course through INTERPOL request to help apprehend him.”

“Directors of Malabu Oil & Gas Limited, such as Amaran Joseph and Seidougja Munamuna are still at large and would be declared wanted in due course as they are still outside the country.”

Adoke has washed his hands of the Malabu deal, saying the transaction was concluded seven years before he became minister.