The United Kingdom on Thursday urged the Nigerian government to implement a White Paper which recommended the dismissal and prosecution of soldiers who murdered 348 members of the Islamic Movement of Nigeria aka Shiites in two days of deadly clashes.

Soldiers attached to the Chief of Army Staff, Gen. Yusuf Buratai, opened fire on the Shiites after hundreds of them blocked the army chief’s convoy on Kaduna-Zaria Road. The brutal attack was followed by a deadly raid on the headquarters of the Shiites in Zaria, during which some of the sons of their leader, Ibrahim el-Zakzaky, were killed.

It’s been a year since the tragic event in Zaria, which reportedly resulted in the deaths of 348 civilians and one soldier… pic.twitter.com/rondEOSK9x

They also abducted Zakzaky and kept him incommunicado till date while the state government demolished buildings owned by the group.

Following public outcry, Kaduna State Governor, Nasir el-Rufai, set up a panel of enquiry. Upon the conclusion of its assignment, the state government issued a White Paper, in which the Nigerian government was called upon to dismiss and prosecute the soldiers. 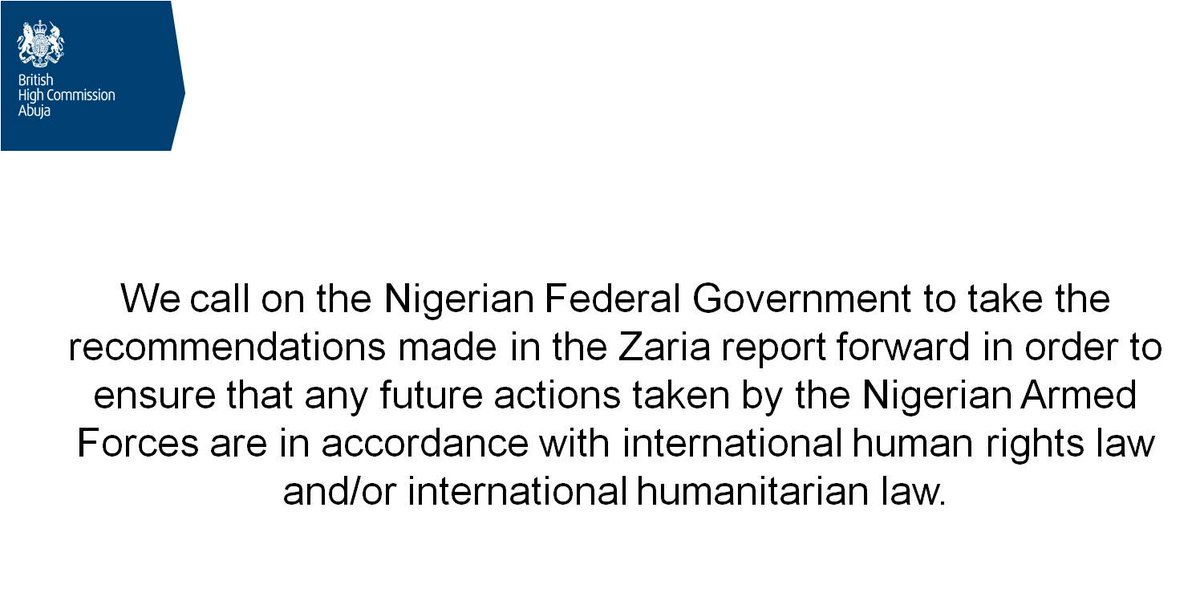 In a tweet commemorating the first anniversary of the killings, the British High Commission in Abuja recalled that “it’s been a year since the tragic event in Zaria, which reportedly resulted in the deaths of 348 civilians and one soldier.”