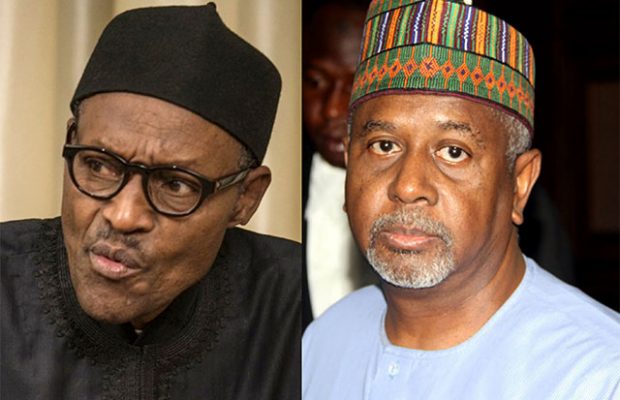 Sule Lamido, the former Jigawa State Governor,on Wednesday, December 25, has criticised the Nigerian President, Muhammadu Buhari for the release of ex-National Security Adviser, Sambo Dauki on bail, saying the action should not be a call for celebration but that of reflection and circumspection.

Lamido, on Wednesday in his official Facebook page, joined millions of Nigerians in critically analysing Dasuki’s release after years of detention.

He posted, “two accomplished distinguished professionals who swore total loyalty and obedience to the President.

“One was instructed (may be on an ordinary paper) to release money ($2.3bn) from the Central Bank. The other was instructed to collect it and share it to assigned names.

“They as dutiful loyal servants and appointees of the President all obeyed the order and instructions to the letter!

“One retained his job and is still serving dutifully carrying orders of the new Boss. The other was picked and arraigned in the court of law and ordered to be released on bail. He remained incarcerated in detention for fours years only to be released now! Why was he detained in the first place?

“Not only his family were denied the joy and company of their bread winner, Dasuki has to live with the pain and agony of loosing his father while in detention!

“Dasuki’s release should not be a call for celebration but that of reflection and circumspection!!”

Recall that the release of Colonel Sambo Dasuki (rtd) and the convener of #RevolutionNow protest, Omoyele Sowore had dominated media spaces and is continuing to generate debates among Nigerians.