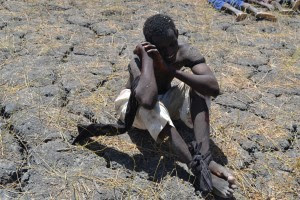 October 14th: Apparently, many takfiris of Okene that were arrested by the DSS, Nigeria’s internal security agency, over the years as a result of either being members or helpers of Boko Haram, including some arrested for carrying out/planning the bomb attacks in Lokoja, Okene and also the Deeper Life Church shooting, are said to have been freed in a prison break that occurred in the past in Kogi State, carried out by the fellows operating in Okene.

These detained persons returned back to their homes in Okene, the very homes they were initially arrested from, after the the prison break and began helping the local takfiris organize an army. They trained the youths and collected money to purchase arms through criminal contacts that they made in prison. They also built a system of camps and safe houses deep in the forested hills around Okene, and were working with the local cells of Shekau and Khalid Al-Barnawi’s factions to improve training.

They were in the process of moving out of the town into the bush to launch their war, when news came to them that the Nigerian Army was going to move on them. So they deployed some of their number to wait and engage the Army when they arrive, which they did. A soldier was killed when the Army tried to storm the mosque of Mallam Baba, and the rest of the troops went on a rampage, using heavy firepower that was said to have been met with the firepower of the takfiris AK-47s, during the gun battle that was also said to have lasted over thirty minutes, reports indicate that a few soldiers were killed before the rest of the takfiris fled in to hills to join up with their comrades.

Over the years I have passively  monitored what became of the brothers in Okene, and I was not shocked when Baba and Mustapha who had hitherto been little known suddenly became popular in that town towards 2008-2009, preaching the ideology of jihad against the infidel, oppressive regime of Nigeria, rejecting and denouncing the Sultan of Sokoto and all those Muslims that recognize him as the leader of the Ummah in Nigeria. I was not shocked when many of the brothers in Okene accepted their call and flocked around them.

When Muhammad Yusuf’s emissaries visited the town in early 2009, they were said to have gained a significant number of local recruits who made hijrah (migrated) to the North East to join the uprising when it took off.

But while the local takfiri callers applauded every spectacular operation the insurgents carried out in the North East, they did not pledge allegiance to the Yusufi’s nor did they accept their offers of merger because it made no sense to them that they should migrate to the North East to join the yusufiyya armies, when they had not liberated their home towns from the yoke of the the disbelieving regime ruling over them. Plus, they regard all innovation as disbelief, and all Sufis as disbelievers irrespective of whether they are ghulaat(extremists Sufis like the grave worshippers, saint worshippers etc who are agreed upon by the scholars as apostates and polytheists,), or Sufis who simply partake in minor innovations that are not shirk (polytheism), a blanket takfir that even Muhammad Yusuf knew enough to know was baseless in Shariah. These factors prevented them from merging into the Yusufis both before and after the 2009 uprising. 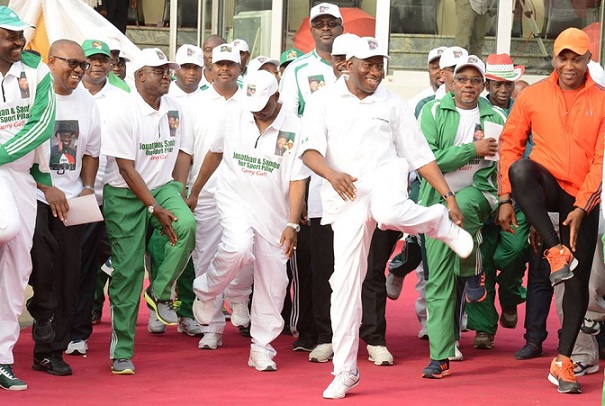 For close to five years since the 2009 Uprising, the Nigerian government tolerated as these agitators not only openly called for their students to prepare (by physical training, imbibing a culture of secrecy, learning how to use firearms just as the original takfiris aka the Muslim Brotherhood’s founders like Hassan Al-Banna  and later leaders like Sayyid Qutb advocated), but also were raising funds and stockpiling arms in preparation for when they would become strong enough to take to the hills around Okene and begin their jihad.

They watched despite constant warnings from concerned persons, Salafi scholars, Izala preachers, prominent citizens from the area as people linked to what was now being referred to by residents of Okene as As-Sunnah attacked a church and killed 19 people, helped to explode bombs in Lokoja the Kogi State capital, and even blew up a radio station which a character known as Abu Mujahid (a student of Mallam Baba) said in a post on Facebook praising the bombing(both account have post have since been taken off facebook) in Ebirra language shortly after it happened was known to be anti-Islam. Another student of Mallam Baba and Mallam Mustafa known only by his first name Ibrahim and using the facebook name Abu Zeekrah(now changed to Abu Banaat) in this post in Ebirra language was justifying the attack and praising it, while asking all commentators to only comment in Ebirra. The five or six people that dared to like the post are also students of these two men, and are open campaigners for a jihad in Kogi State against Nigeria.

Yet the Nigerian security agencies ignored this cancer that had kept growing in the town. The followers of these two men are known to openly boast of the massive arms stockpiles they have built in the mountains surrounding the towns, and it was only when it became increasingly clearer over the past weeks that they may soon launch an uprising that the government decided to launch a preemptive attackn on them and the mosque of Mallam Baba he is popularly known.

Locals that I have managed to get in touch with tell me that several soldiers were killed, although they differ in the figures with some saying five and some saying three, while they agree that the soldiers who were killed, died during the storming of Mallam Baba’s mosque and also when the soldiers tried to give chase to the AK brandishing takfiri youths as they ran into the forested hills surrounding the town. Nobody is sure of the whereabouts of Mallam Baba, but all sources agree that he was no where near the mosque when it was stormed.

While the Army may have captured some persons and recovered some weapons, local sources say that many of the takfiri youths have been known to have been moving into the bush where they have been opening new camps in addition to the training camps they have had in the hills over the years. Asked to estimate how many youths have left the town to move permanently into the bush since two weeks back, a local source estimated between 80 and 150 youths may have moved.

Correction: I was just informed by sources in Okene that the original Mallam Baba was killed by Mallam Mustafa’s boys on a Jumu’ah (Friday congregational prayers) some years back, that his naib(deputy) who now leads his boys (I don’t know his name yet unfortunately) is now referred to as Mallam Baba as a sign of respect, thus I was not aware that the original Mallam Baba was dead and I wrote last night as if he was still alive. My apologies to all who have been misinformed by that mistake. Much thanks to Abdul whose comments made me first notice the mistake, and to a friend I will call Mr S who helped to correct that mistake. Read full