Institutionalized Disadvantagement Not Poverty Is Reason For Boko Haram, #RadioBiafra, Terror in Nigeria 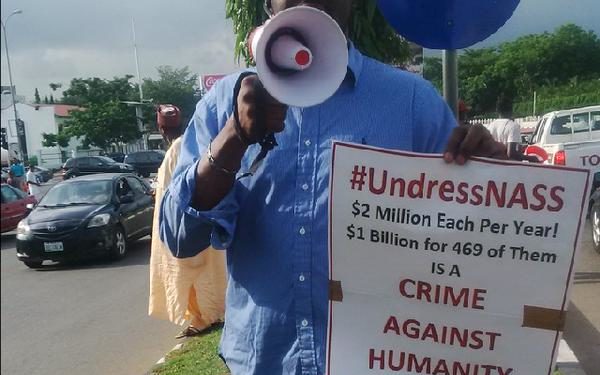 Discourse: Poverty does not create terrorists. A lack of western education does not also fester terror. The popular misconceptions need be reviewed. We are being disrespectful and disingenuous when we falsely accuse the poor or western uneducated of being prone to terror.

I am proud to belong to the poor group. Whatever I make financially I quickly distribute and usually have an empty account, oft needing to borrow money. We poor folk are not terrorists. I would not have killed had I not completed my tertiary education. While in college I was beaten and threatened to join confraternities, I never did. I was not more western educated than my colleagues who signed up with those college terror organizations. We were both in college after all. I only had a better moral grounding and more fear of God. I knew that man must not harm and kill for stupid reasons or parade in the bush and beat and cut one another with the same knife in blood brotherhood.

It is on record that many founders of Boko Haram were graduates of University of Maiduguri. They were educated. Recent International Center for Investigative Journalism reports paint a picture of the affluent and sons of wealthy members of society who contribute to terror. 2003 research by Claude Berrebi from Princeton found in Palestine that 57 percent of suicide bombers have some education beyond high school whereas only 15% of that population-age attend college. Of bombers, only 15% were from impoverished homes.

These are important facts to be considered by Buhari and Osinbajo when addressing the terror that pervades our society, north and south. This important piece I pen today is the conclusion of an ENDS thought session. We must address the right issues or we will continue to encourage rather than discourage terror in our society.

What we mistake to be poverty is institutional injustice. The recruits are not the poor but the disenfranchised, the frustrated, the oppressed. This is the pool Shekau, Dokubo and Nnamdi Kanu recruit from. Happens to be the same pool occupied by the poor but the reason they are easy recruits is not because they are poor but because they feel cheated. They are angry. They see Senators flying private jets, living in mansions, dividing up N150 billion while they live in squalor. This was the real pitch of “Boko Haram,” perhaps the only pitch. They explained that the social injustice was due to western education, our adoption of western civilization.

I remember reading one of their only actual explanations for their campaign. It was a post on their then FaceBook page. They (Boko Haram) explained that the disparity between the affluent, the cabal, the Senators and the poor masses was the result of our adoption of western civilization systems. They pitched that the Islamic civilization-governance will be fairer to the people.

Borno has literally always been economically poor and low in education but the State has never been known for terror, hence the plate number slug, “home of peace.” Remember former Governor Modu Sheriff indignantly insulting that “publish all the slander you may, my people do not read.”

We must respect the poor. What we must fight is the injustice, the inequality. Poor and poor nations across the world are not bedeviled with terror. Nations with identical religious divides as Nigeria do not share our terror, nor do those with identical educational records. Someone, someone sinister sponsors terror and terror capitalizes on injustice and State dysfunction. These are the facts we must focus on.

The Occupy Wall street protests of the 99% against the 1% cabal that transpired in the US and UK, and got violent was not because of poverty but because of injustice. Had the security system not clamped down violently on the demonstrators, we remember London was up in flames and terror as Cameron called it, those nations will be history by now. In my recent write-up on my visit to the UAE, I described another way; a society where there is perceived institutional justice, where Direct democracy is practiced, and there is peace, tranquility and progress.

Blessed Jesus is quoted to have said, “The poor you will always have with you, but you will not always have me.” He did not say the poor will be evil and terrorists. There is a map making rounds that tries to associate poverty with terror in Nigeria. Boko Haram is located in Borno for many other reasons: terrain, resource competition and control, inequality, francophone conspirator border nations and the like.

It is said that Benin is capital of prostitute export. This is not because of poverty but because of a class system that operates there. Same as in parts of the north: if you are not from a certain family and social class, you are condemned to social disadvantage. The Boko Haram leader saw that not being of the preferred clan/ethnic group, he was nothing. This is why he took to terror, to establish himself as “something.” Nnamdi Kanu is taking advantage of the same and gaining fellow aggrieved, disadvantaged and oppressed disciples as potential terrorists.

The root cause of terror, north and south in Nigeria is our executive government, our legislative arm; our dysfunctional, corrupt Judiciary. So long as they corner the nation’s wealth and display this, oppressing the masses, there will be new offshoots of terror. The people see the government partnering with the cabal billionaires, so-called entrepreneurs cheating them/us, exploiting us through various business schemes and unfair government promoted oligopolies.

If the masses believe there is justice, but that the nation is not wealthy and that is why there is suffering, they will not be attracted to terror groups that pretend to be Robin Hoods. We may never be able to make every Nigerian rich, but we can stop the cheating.

Fight the inequality, kill the terror.