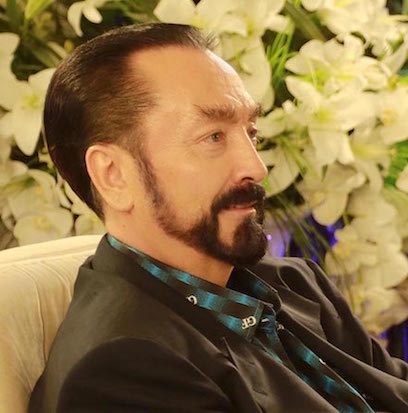 If we wanted to define what is a think tank and what does it do in Western countries specially United States?

In today’s world, various think tanks in many countries have virtually become centers that lead global politics. British foreign policy is largely developed in Chatham House. When making decisions, American politicians refer to the Council on Foreign Relations, The Washington Institute or The Brookings Institute. NATO’s military plans are usually drafted by the Atlantic Council. It is widely known that the CIA is backed by think tanks such as Rand Corporation or Stratford, namely “shadow CIAs”. The Heritage Foundation is influential in the general field of conduct of neo-conservative governments. The foreign policies of many Democrat Party members are shaped by The Center for American Progress. Having no constitutional authority and mostly held to no accountability, these organizations are virtually supra-governmental powerhouses.

Certain think tanks, which, on paper, are neutral and non-profit organizations that come together to generate ideas, in truth act as the voices of behind-the-scenes executives of the deep states, the British Deep State in particular. Tens of thousands of academicians, writers, soldiers and politicians knowingly or unknowingly promote and propagate the ideas of the British Deep State. This is an interconnected hierarchical system. Plans devised at the top -by shadowy figures that are almost unknown to anyone – are given voice and introduced to the public by some of these said think tanks. Doing so is done as almost a scientific obligation. A wide section of the public fallaciously believes that “if all these professors, well-educated people are promoting these ideas, then they must be right.” Therefore, think tanks are the most effective instruments in molding public opinion.

For example, the “clash of civilizations” idea laid the foundations of an everlasting war between Christians and Muslims. Those who came up with this thesis are those who expect to reap the benefits of such wars. Newspapers, television channels and writers discussed this subject for months and most governments usually cannot withstand such strong propaganda. Thus, the ideological groundwork for the invasions and Muslim massacres in the Middle East is laid. In this way, people stop questioning an expensive war waged thousands of miles away. Millions of Muslims are being martyred, but almost nobody raises their voice in protest against it.

Most of the think tanks employ young and ambitious, albeit inexperienced and superficial, analysts. Ripe ideas are presented to these individuals or whispered into their ears. However, these whispers and suggestions are never explicit. Sometimes during a friendly conversation or sometimes during a dinner, these second-hand ideas are successively conveyed from one to another. While the original owner of the idea is almost never known, in time, these ideas that receive wide recognition in private conversations are disclosed to the public, initiating societal manipulation. In other words, the think tank usually cannot generate a new idea that is not presented by this entity. Most think tanks are merely validation institutes.

You have said in your article that think tanks control the government in the US and UK. How do they do that and what is the process?

First of all, I must state that I do not claim this is how all think tanks function; however, it is an obvious fact that the British Deep State has sway over many think tanks. Most think thanks – knowingly or unknowingly – are parts of a hierarchy presided over by the British Deep State. Many governments in many countries also have to act within the borders drawn by these organizations. To give a historical example, the texts of the 20th Century’s four big treaties – Versailles, Sevres, Trianon and Saint Germain – were (seemingly) written by the delegates who convened at the Paris Peace Conference of 1919. Some of these delegates later founded Chatham House in the UK and the CFR in the USA. Both institutes have played a significant part in framing the foreign policies of the two great Anglo-Saxon states for a century. Although both countries saw hundreds of presidents, prime ministers, ministers and counselors, these two institutions have maintained their positions, becoming even more influential in time.

The British Deep State typically utilizes think tanks for recruiting fresh cadres. Today, being affiliated with various think tanks, or even merely having been present in these centers as a speaker, has become a matter of prestige for some; many potential future leaders are striving to gain legitimacy in these institutions. These individuals are introduced to the public via meetings and media support as cadres of the think tank. In time, they are brought into prominence. After a while, they take on active duty as government personnel. Individually speaking, these people do not possess sufficient influential power. However, when they act in concert under the roof of a think tank, they are able to exert influence over public.

What role do the think tanks have in the US foreign policy?

As a result of the presidential system we see in the USA, American politics is prone to external influence. Wielding an almost unlimited authority, US presidents take decisions through a skeleton crew. The ability to influence, or further, to be a part of this crew, gives the opportunity to have the final say. To give a topical example, the Atlantic Council has an extensive impact on American foreign policy. When the Obama administration took office, the chairman of the Council, James L. Jones, was appointed as the head of all security agencies. Another member of the Council, Richard Holbrooke, was appointed as a special advisor on Pakistan and Afghanistan. It is quite evident that the Atlantic Council has significant influence on the decisions taken after 2009 regarding the region.

Iran’s foreign minister underestimated the role of the US think Tanks after a journalist asked him about a comment published by one important Think tank and said that they write what they want and the decision is made by the government. What is your comment on that?

Mr. Javad Zarif is a politician we love and hold in high esteem. At every opportunity, he shows that he is a friend to the Turkish people. I do not doubt his awareness of the influence think tanks wield.

Since the reign of Abdulhamid II, Turkey has faced various ploys of the British Deep State. Looking at the region carefully, one will see the role of the British Deep State behind the ensuing turmoil and suffering in the countries of the region, especially in Iran, Iraq and Syria, right after the First World War. The events of the night of the July 15 Coup Attempt, like all the coups staged in the other countries of the region, were classically the organization of the deep state. For example, the Coup Attempt of July 15 was depicted extensively in the 2014 reports of Henri Barkey and Ed Husain written for the think tank known as the Bipartisan Policy Center.

An article issued in Stratfor a few days ago gives a detailed account of the plans for the region in the wake of the ongoing Mosul operation. The article put forward the lie that Turkey and Iran has been laying opposing claims on Mosul for centuries. The next day, a US official stated that they were concerned over the possibility of a potential war between the Shiite Iraqi government and Turkey over Mosul. The aim of this historical distortion is to spark a brutal war between fellow Shiites and Sunnis, which will allow the occupation forces to move into Mosul with ease, and further, to bring about an autonomous structure in this oil-rich region. Through this article and the ensuing media propaganda, the foundations of a conflict between Iraq, Turkey and Iran are being laid: However, the two countries share a historical friendship, and most importantly, as fellow Muslims, they are brothers in the Sight of God.

Moreover, it should be remembered that the report published by Chatham House claiming irregularities in the 2009 Iranian elections and the subsequent media comments lead to nationwide protests. The Iranian government’s prudent approach prevented a major internal conflict. This and other similar incidents are only a few examples of the extent of the influence of think tanks.