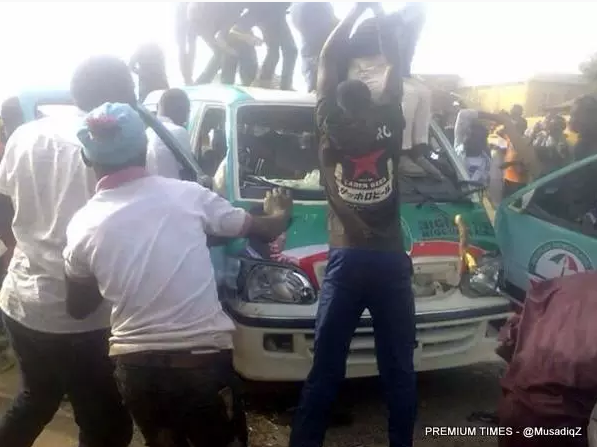 In a multi cultural and multi religious society like Nigeria,
violation of basic rights breeds chaos and disobedience.

While discrimination, especially on the basis of religion causes
disunity among people, sentiments on the other hand, causes fracture
and motivate the feeling of revenge.

This is why every lover of peace and unity must at all times, be
sensitive to the basic rights of others and not be seen as obstacle
for no just cause.

Following my publication on the hijab controversy at the Nigerian law
school few days ago, titled ‘’Nigerian Law School and the need for
change’’, several people had reached out to me to give their views on
the subject matter. In view of the numerous messages, I feel that i
owe them further explanation in the interest of public good. So, this
publication is a follow up to the first one, hoping that people might
learn to understand the implication of their actions and its effect on
peaceful coexistence, which will directly or indirectly have effect on
their own living.

Apart from the fact that hijab is a legal right, already upheld in
several court in the country, what we are contending with is our level
of intolerance, discrimination and sentiments, not for any personal
good or benefit, but for the satisfaction of bias.
The idea that people who share different faith, culture or tradition
must not be accommodated or their rights not be protected is a
fundamental flaw in our reasoning that must not be left unchallenged.
This is an archaic reasoning in all ramifications.

For example, in February 2017, the Court of Appeal Lagos Division
dismissed an application filed by the Lagos State Government seeking
an injunction to suspend Hijab use by Muslim female pupils in public
schools. While dismissing the suite, the Judge held that the ban on
hijab was discriminatory. The panel upheld the contention that the ban
violated their rights to freedom of thought, conscience, religion,
dignity of human persons and freedom from discrimination guaranteed by
the 1999 Constitution. So, there is no argument on whether or not,
hijab is a right. The contention is about our level of intolerance,
discrimination and sentiments.

When I see people opposing the use of hijab, I ask myself only one
question. On what basis are they opposing it? Does wearing hijab by
one person, infringes the right of the other person who don’t want to
wear it? If not, how does the person who enjoys the right of not using
hijab, justify his or her opposition to those who want to wear it?
Only one answer surfaces here and it is intolerance.

Unfortunately, by opposing hijab, you are not fighting for your own
right, but instead, fighting against the right of others. This is
really a dangerous mindset, not against the people you oppose per se,
but against your own self, because the same reasoning you use to
justify your opposition to the rights of others will be brought into
the quality of decisions you make for yourself.

But here is even a greater danger. When you oppose the right of others
for no sane reason or benefits to you, they will also oppose you for
no sane reason or benefit to them when the opportunity comes. Both of
you would then continue to oppose each other for no sane reason,
thereby leading to unnecessary tension, suspicion and even violence.
This is what has breed insecurity in our country. The unnecessary
suspicion manifest in virtually every aspect of our lives and it
continues to escalate and breed tension even in the most unexpected
places.

I have observed over the years that most of the conflicts we have in
Nigeria are not real conflicts, they are mostly unnecessary conflicts
born out of nothing and to achieve nothing. More importantly, they
cannot be resolved, because they are nothing. You cannot resolve
nothing, when there is nothing. Our conflicts are imaginary, born out
of psychological misconception and the need to oppose others for
opposition sake. This is why even those who claimed to be human right
activists or lawyers fall into this ditch of inconsistency without
seeing their bias. From claiming to be proponent of rule of law, they
will take a 360 degree U-turn against the right of others and still
feel the need to justify their absurdity.

For example, just few months ago, we defended the right of a female
Muslim Central Bank Deputy Governor Aisha Ahmad, who chooses not to
wear hijab, but today, those who defended her right not to use hijab
are the same set of people are opposing the right of another female
Muslim, who chooses to wear hijab. How can one lady have the right not
wear hijab, and the other won’t have the right to wear it? This is
where the inconsistency in activism comes in. It appeared they are not
really interested in the law or the rightness of an action, but merely
taking a position that is only consistent with their sentiment,
interest or affiliation at a particular time.

On a final note, let me remind us all that, if we oppose other peoples
right because it infringes on our own right, this is understandable.
If we also oppose other people’s practices because it prevents us from
practicing ours, this may also be understandable. And even if we
oppose the right of others because it affects our own interest, that
maybe acceptable as well. But, what could never be understandable is
the fact that, we oppose other people’s right, not because it
infringes on ours or prevent us from enjoying our own interest, but
simply because we do not want others to enjoy their own right. This is
a disjointed reasoning that we must expunge from our society if we are
to achieve cohesion, stability and tranquility.

Abdulrazaq O Hamzat is a Human Rights Ambassador and Executive
Director of Foundation for Peace Professionals. He can be reached at
[email protected]