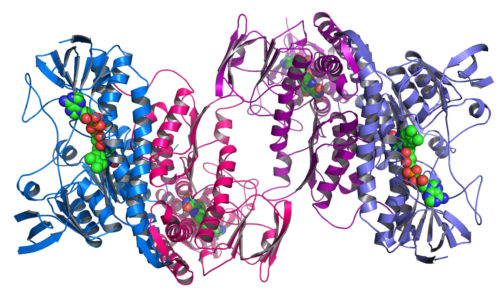 Cells spring to life with the proteins and the functions of the cells actualize through proteins specially made for each task.

In a typical mammal cell, there are approximately ten to twenty thousand different functioning protein varieties.  For a cell to be healthy, these proteins need to be healthy first. For this reason, the existence of intracellular quality control mechanisms is crucial.

The latest studies revealed a quality control system made up from proteins, which again control the proteins inside the cell. According to this, defective or damaged proteins are identified first, and then removed from the environment

PROTEINS CREATE A TOXIC EFFECT IF THEY ARE MISFOLDED

A protein leaves the ribosome as a chain formed by thousands of amino acids, however it can’t fulfill its functions without transforming into the three- dimensional state folded onto itself. Proteins called chaperons transform these amino acid chains into their designed final state in seconds and turn them into functional nano-machines. However, during this folding phase, which requires sensitive connections at molecular level, errors can be made and broken amino acid aggregates can be formed. Faulty proteins such as these can pose a great danger to the health of the cell.  Because there is a high possibility for these incorrectly folded proteins to chemically bond with other molecules in the environment due to their exposed linkups.

All manner of dysfunctional proteins that are ready for uncontrolled chemical bonding are in fact quite hazardous for the cell.  Accumulation of this waste material poses a health risk for the cell and the entire body. Alzheimer’s and Parkinson’s diseases, where permanent neuron damage develops, various heart diseases, diabetes and certain cancers arise due to improper handling of the intracellular protein balance. Faulty proteins cause “accumulation” by sticking to each other and other proteins and therefore a cytotoxic effect, in other words, intracellular intoxication ensues. These aggregates, which are comprised of faulty proteins, are in the form of fibrils (or filaments) and are also defined as amyloid accumulations. (1)

AN INTRACELLULAR MONITORING AND CONTROL SYSTEM THAT FUNCTIONS 7/24

For a cell to fulfill its functions in a healthy way, a broad and effective quality control network has to be in process at any given time. For this, faulty proteins should be collected and immediately removed from the cell. Due to proteins’ dynamic structure, they have to be continuously monitored. For this purpose, chaperon molecules and protein breakdown mechanisms that work in combination with each other have to be on continuous duty.

While proteins called chaperons enable folding, they also play a role in repair and maintenance tasks. Due to their critical purpose, chaperons are defined as a cells’ “technical inspection authority”. They inspect other proteins for errors in quality. When chaperons identify a misfolded broken protein, they engage the protein-breakdown mechanism. This is the ubiquitin-proteasome (protein degradation) system.

Protein breakdown is an annihilation process kept under tight control through consecutive steps. In addition to chaperons, Doa10 ligase enzyme was discovered to also detect faulty proteins (2). When a Doa10 enzyme detects a faulty protein, it marks that protein with the ubiquitin molecule. However, when generating the degradation signal, Ubc6 enzyme first has to attach the ubiquitin molecule to the faulty protein. Following this initial step, another enzyme, Ubc7 steps in and forms a homogeneous chain consisting of many ubiquitin molecules. Once the chain is completed, the annihilation process begins. As it is seen, two separate enzymes are needed for the break down signal to be triggered (2).

At this phase, proteasome, which consists of 33 subunits and two sub-complexes, detects the ubiquitin and immediately breaks the marked protein’s peptide bonds. The faulty protein has now been separated into its amino acids.

When we consider the fact that the 30% of the proteins produced within the cell are defected, we can understand how vital a role this garbage disposal system plays better. Faulty production aside, in time, all properly functioning proteins wear down and are replaced by new ones and that means proteins, which have reached the end of their lifespan, are likewise marked and annihilated.

If it were not for the precise control system we briefly summarized here that monitors the protein world, we could never speak of cellular health at all. This vital balance system has to function with the same perfection inside each one of the almost 100 trillion cells that constitute our body, which can only be explained by a superior management and coordination.

Mindless proteins overseeing other proteins that are essentially molecules like themselves, again different unconscious molecules acting systematically in a specific order as well as the degradation system being activated only when and where it is needed, can be explained neither with coincidences or other idle reasoning.

It is obvious that the absence of even one step in this precise process would lead to the cell’s death, this indicates that there should be no deficiency in the entire system and all should be working in coordination at the same time. This evidently guides us to the truth that there is only a single “Power” Who has knowledge of all things and created life and all living things. The Owner of this marvelous and breathtaking Power is Almighty God, Who knows and has dominion over all things in the heavens and the earth.