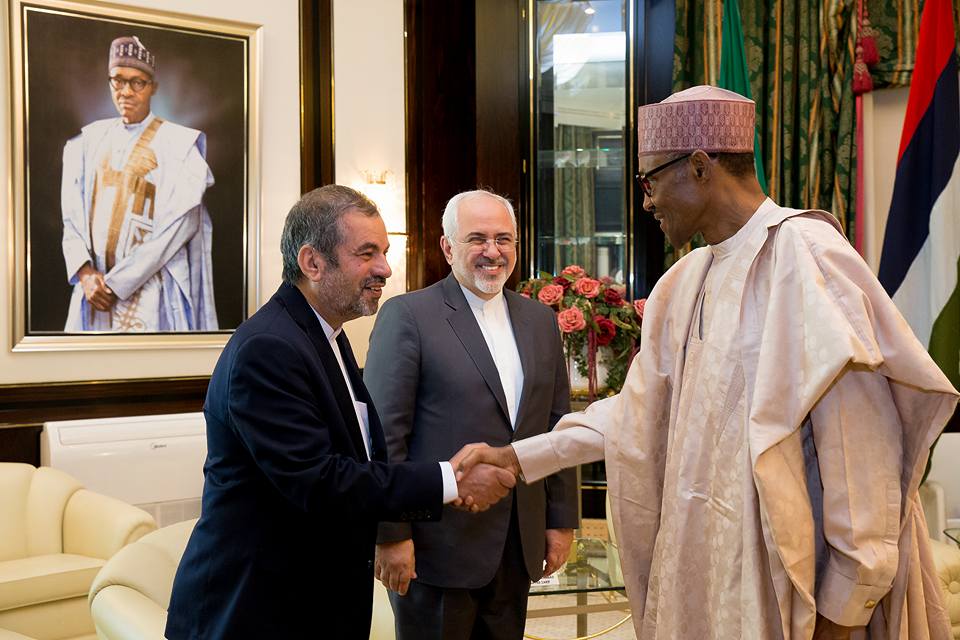 Iran has communicated to Nigeria its serious concern about the continued detention and dire health condition of a leading Nigerian Shia leader, Sheikh Ibrahim Zakzaky.

Iran’s Foreign Minister Mohammad Javad Zarif notified authorities in Nigeria of Iran’s concerns during his visit to the African country earlier in the week, according to an Iranian delegate who accompanied Zarif to Nigeria.

“While meeting with Nigerian authorities, including the president and foreign minister, Dr. Zarif expressed serious concern as to Zakzaky’s physical condition,” said Iranian cleric Ali Fallah Zaroumi, who accompanied the Iranian delegation as a representative of the Iran-based Al-Mustafa International University.

The Iranian top diplomat also “sternly demanded Zakzaky’s freedom as a person who has invited all Muslim sects toward preserving unity among each other,” Zaroumi added.

The Nigerian clergyman’s freedom would indeed positively affect the struggle against extremists such as Boko Haram, Zarif told Nigerian authorities, who have been caught in a seven-year-long insurgency waged by the group denounced by various Muslim community.

On December 13, 2015, Nigerian forces raided the home of Zakzaky, who leads the Islamic Movement of Nigeria (IMN), and arrested him after killing those attempting to protect him.

A day earlier, soldiers had attacked Shia Muslims attending a ceremony at a religious center in the city of Zaria in north-central Nigeria, accusing them of blocking the convoy of the army’s chief of staff and attempting to assassinate him, which they denied.

Both incidents led to the deaths of hundreds of members of the religious community, including three of Zakzaky’s sons. Some sources have put the toll at over 1,000. –Press