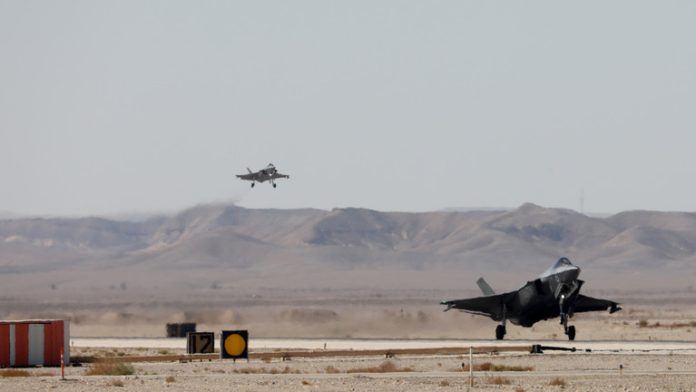 Following an incident in Texas last week in which a US Air Force F-35B Lightning II crashed during an attempted landing, the Israel Defense Forces (IDF) decided to ground 11 of its F-35A fighter jets on Sunday.

“Based on the findings and information received, it was determined that these planes require a dedicated inspection to rule out the possibility of a repeat malfunction in the Israeli system,” an IDF spokesperson told the media.

According to the IDF, an initial review revealed that the US-supplied aircraft may have suffered from the same flaws that caused the Texas crash. The decision to ground the jets was still made as a precaution because it was unclear whether the Israeli F-35s had a similar problem.

Last Thursday, a US F-35B crashed during a vertical landing procedure at a North Texas air base, forcing the pilot to eject nearly at runway level. The Israeli F-35A has no vertical landing capability.

This is the second time Israel has grounded its F-35s this year. Tel Aviv had already grounded the planes in July after an ejection-seat malfunction was discovered. At the time, the United States grounded its entire fleet of F-35s.

The F-35 project, billed as one of the most advanced fighter jets ever developed by Washington and US-based arms and aerospace manufacturer Lockheed Martin, has been costly for US taxpayers, who have footed the bill for a long series of delays, malfunctions, and cost overruns. Nonetheless, the plane has been purchased by America’s allies, including Canada, Germany, and Finland.