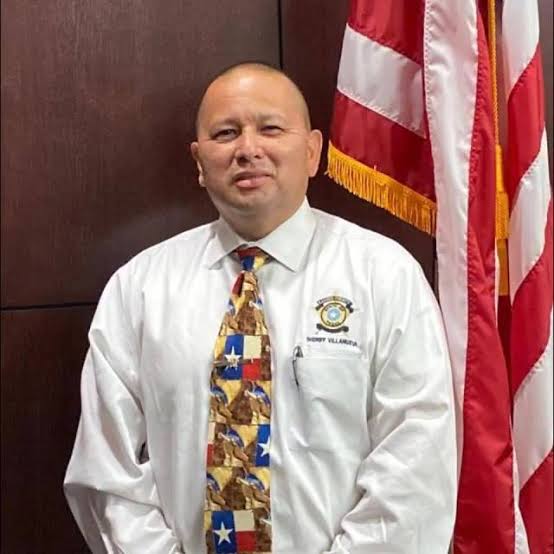 A successful and well-liked Texas sheriff has decided that in order to continue the “strong tradition of excellent law enforcement in Karnes County,” he must run as a Republican.

Dwayne Villanueva, the thrice-elected Karnes County Sheriff, announced his party switch, officially rejecting the Democratic Party and what it has come to stand for.

According to Texas Scorecard, while former President Donald Trump and U.S. Senator John Cornyn (R-Texas) received over 75% of the votes cast in Karnes County in the 2020 election, Villanueva received approximately 66% of the vote as a Democrat, winning by more than 30 points.

Villanueva’s popularity stems in large part from his effectiveness.

He began his law enforcement career in 1993 as a jailer for the Karnes County Sheriff’s Office, progressing to constable and then sheriff.

Villanueva has a long history of apprehending high-profile criminals, including a serial arsonist responsible for over 50 fires, an escaped inmate, drug dealers, murderers, burglars, and others.

In his re-election campaign in 2020, the sheriff stated that his office takes a “pro-active” approach to fighting crime, pursuing criminals “rather than waiting for them to commit crimes.”

Villanueva joins other Texan lawmen and patriots who have recently crossed the aisle or, at the very least, denounced the Democratic Party, who are equally committed to upholding the law and maintaining order.

Carruthers stated that “came from a Hispanic family that was heavily Democratic. The chaos at the border and everything else has made me realize that I needed to change parties.”

“We are attempting to safeguard Texas’ sovereignty. I am a constitutional judge, and we support the constitution “Carruthers elaborated.

Guevara, a Democrat since 1992, declared, “I’ve always run as a Democrat, but this is my first year as a Republican. I’m grateful to Gov. Abbott for everything he’s done and continues to do for Texas, especially with our border crisis.”

Brooks County Sheriff Benny Martinez, a lifelong Hispanic Democrat who has spent years fighting cartel and gang activity, has also stated that “the Democratic Party does not represent us.”

Ryan Guillen, a pro-life and pro-Second Amendment state representative, announced his intention to run as a Republican on Nov. 15, 2021, after leaving the Democratic Party. On November 8, 2022, he won the general election.

Guillen stated that his “fiscally conservative, pro-business, and pro-life values are no longer in sync with today’s Democratic Party.”

“Friends, something is happening in South Texas, and many of us are waking up to the fact that the values of those in Washington, D.C. are not our values, and they are not the values of the majority of Texans,” Guillen said. “The ideology of defunding law enforcement, destroying the oil and gas industry, and creating chaos at our border is disastrous for those of us who live here in South Texas.”

Rep. Monica De La Cruz (R-Texas) explained why Texans, particularly Hispanics, are abandoning the Democratic Party to Fox News Digital: “Here in South Texas, we’re not complicated. We adore the United States. We want safety. We adore both our family and God. It’s really that simple, which is why our values align with those of the Republican Party.”

Democrats, according to Cruz, “have become woke, pushing down their cultural radicalism.”