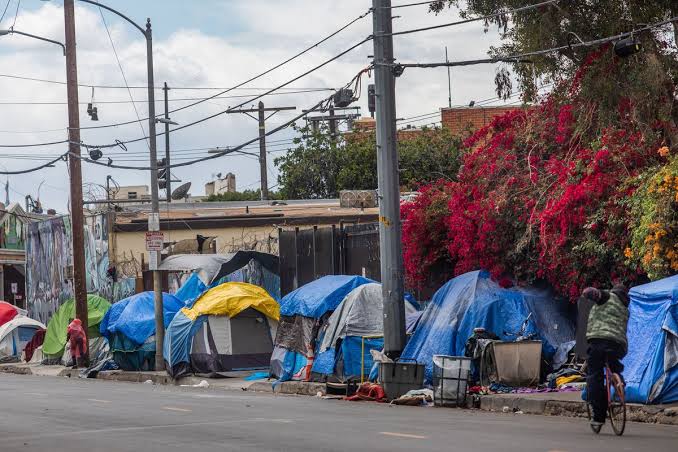 The Los Angeles Homelessness Services Authority, a joint commission formed by the city and county of Los Angeles, issued an optimistic report this week, claiming that the county’s homeless population increased by “only” 4.1 percent between 2020 and 2022, a significant decrease from previous years. However, homelessness advocates and homeless people quickly condemned the report as being wildly out of touch with reality, and KCBS-TV in Los Angeles discovered several areas where the report was clearly incorrect.

“I remember exactly what I saw, where I saw it, and how it felt,” Rogers said. “It’s heartbreaking and gut-wrenching to learn that LAHSA recorded zero people on the streets that night.”

“Yes, we’re questioning some of the numbers,” Dan Flamming, president of the Economic Roundtable nonprofit, told KCBS, pointing out that, according to the report, 335 areas that housed homeless people in 2020 were reported to have zero homeless people in 2022. More importantly, Flamming states the obvious: the numbers do not accurately reflect the extent of the city’s growing homelessness problem, which is visible while driving around.

Jay Handel, chair of the LA Neighborhood Councils’ homelessness committee, stated that he would not rule out artificial manipulation of the numbers by LAHSA, which has been chastised for not doing enough to address the area’s homelessness problem. “What do they have to say? Numbers do not lie, but people do “Handel stated. “I would not rule it out. Knowing how dissatisfied the county and city are with LAHSA, this would not surprise me.”

LAHSA chief programs officer Molly Rysman categorically denied any manipulation of the numbers, but she did admit that the app used in the previous count may have been a problem. “I wouldn’t say it was a failure. There were some difficulties “Rysman stated.

Rysman also claimed, without evidence, that the 297 people counted by Rogers were possibly counted in another part of town, and insisted that the count this year was correct.

“Our objective is to obtain a regional estimate. This year’s data assignment per census track was complicated by technological issues. We believe we obtained the best regional estimate possible “Rysman stated.