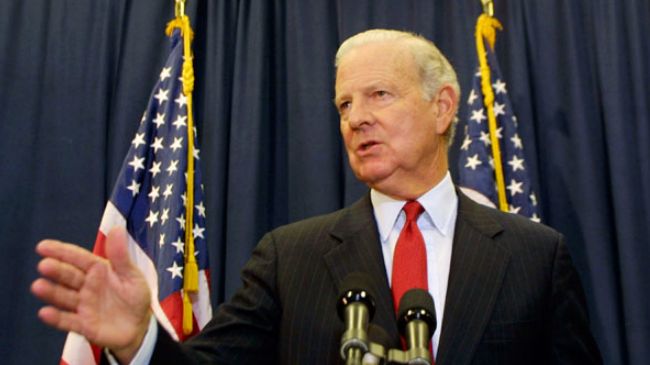 Former US Secretary of State James Baker says he had barred current Israeli Prime Minister Benjamin Netanyahu from the State Department when he was a senior Israeli official.

“I barred him from the State Department,” Baker told CNN on Sunday. “That may not be widely known.”

Baker explained that he had made the decision after Netanyahu said that “American policy in the Middle East is based on lies and distortions” during the George H.W. Bush administration.

An interview by an anonymous American official about Netanyahu published last week has escalated tensions between Washington and Tel Aviv.

The US official described Netanyahu as a “chickenshit.”

Baker also said he had his own problems with Netanyahu when he was secretary of state.

“These kinds of things can happen from time to time,” Baker said. “There are always tensions in all foreign policy relationships, even with allies. But it can be overcome.”

Relations between the Obama administration and Tel Aviv have been strained over a number of issues.