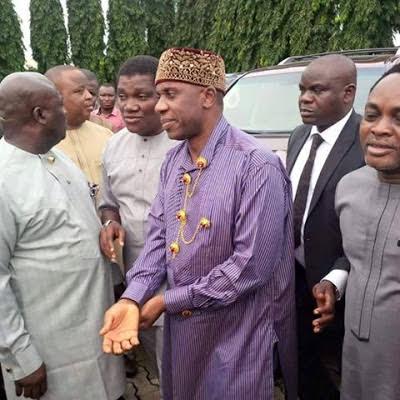 Rotimi Amaechi has announced a physical attack on him by some people he described as “misguided Nigerians.”

The Nigerian transport minister said he was on a climate change summit in Spain when some violent Nigerians charged at him.

He said the attackers were summarily restrained by the police in Madrid, leaving him unscathed.

“Some minutes ago, I was attacked by a few misguided Nigerians while on national assignment at a climate change event in Madrid, Spain,” Mr Amaechi said on Twitter Friday evening. “They were quickly repelled by the Spanish police before they could do any harm. I am fine. I was not hurt. Thanks for your support & prayers.”

Mr Amaechi has in the past used the Twitter account to share personal information as well as information on his activities as a minister. In October he shared pictures of he and his wife monitoring a government project.

It was not immediately clear which group was responsible for the coordinated harassment of the minister in Spain. His spokesperson, David Iyofor, did not immediately return requests for comments.

The attack comes weeks after a Nigerian senator, Ike Ekweremadu, was mugged while attending an event in Germany.

The separatist Indigenous Peoples of Biafra (IPOB) claimed responsibility for that attack.

The group vowed to continue trailing Nigerian leaders in foreign countries with the aim of picketing and physically assaulting them where possible.

Mr Amaechi was a two-term governor of the oil-rich Rivers State. He was appointed as Nigeria’s transport minister by President Muhammadu Buhari in 2015 and retained his position when the administration was re-elected.

Mr Amaechi had in 2014 excoriated Nigerians for being docile, saying they would start seeing changes when they begin to start enforcing laws by themselves.