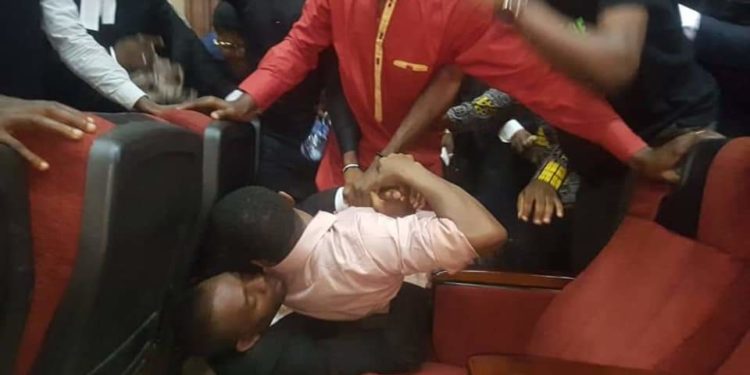 Seen crying and quiet in the interview, Yoruba Sowore’s mother begged the president as she was dumbfounded that the state security services merely released the journalist for a night from illegal detention only to try to break his neck and arrest him the very next day, expectedly on some new trumped up charges.

Mother of detained journalist and activist Omoyele Sowore begs Nigerian President Buhari to free her son.⠀ ⠀ “I cannot eat, I cannot sleep. It has affected my health,” she says⠀ ⠀ Tap the link in our bio to read the full story of why Nigeria’s secret police are holding her son.⠀ ⠀ ⠀⠀ #cnnafrica #nigeria #omoyelesowore

Sowore Speaks In Court Prior To His Rearrest #FreeSowore _ Operatives of the Department of State Services on Friday morning disrupted the ongoing trial of Journalist and activists Omoyele Sowore and Olawale Bakare, attempting to rearrest the two men, who were only released from its detention on Thursday evening. __ Heavily-armed DSS Operatives chase Falana as he drove Sowore, Bakare out of the court premises. ___ Bakare popularly known as Mandate, who is standing trial with Sowore, in a case brought against them by the Nigerian Government, has been declared missing. __ . . #Freesowore #freesoworenow #nigeria #abuja #9ja #naija #violationofrights

It Is War! Nigerian Minister Amaechi Given ...