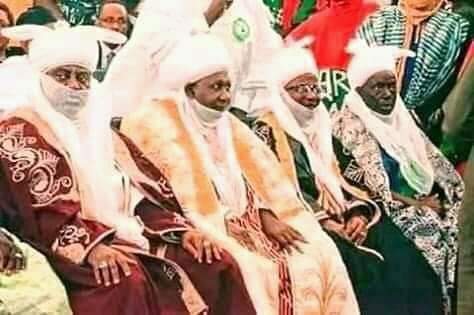 The deputy  patron African climate reporters Mr Nurudden Bello has
called on African Union AU,and United Nation on environment  with all
environmental organization network  across the planet to always
include Religious leaders ,traditional title holders, Top celebrities
and politicians to join the campaign,.

Stressing that we need to quickly act, and communicate, about the
environmental challenges that is facing us yesterday-today –tomorrow and how we can fix them together with all necessary stake holders, in order to meet our Sustainable Development Goals.

Nuruddeen make the called during an interview with the journalists at
Women-hood school of health science, Kaduna, discussing  on the
role of inter-religious organization, traditional title holders and
Top celebrities toward supporting the fight against global warming
and environmental challenges.

He note that Faith-based organizations play a significant role at the
global, regional and local level in addressing climate change,
biodiversity loss, pollution, and environmental degradation .

The scientist says, Lack of involving religious cleric and traditional
title holders with top politician  in the daily battled against  the
dangers associated with   desertification, deforestation ,climate
change ,and all kind of environmental degradation has brought a
serious set –back in the campaign across the 54 African nations.

He said, many religious body’s  today carry on the tradition of
faith-based environmental activism and stewardship, which is toward
raising more awareness with the aims of reducing the burden of trash
dump center across the planets that is causing serious pollution
problems.

Nuruddeen pointed that religious clerics  teaches  their followers
various ways to stop harming the environment through holy texts and
verses from from Bible and the Qur’an.

“There is need to engaged monarch,politicians,musicians and comedians
to support the fight against climate change in our regions.”

“The religious clerics has a ways of educating their followers through
the holy books at holy places of worship (Mosque and Churchs) ,so also
the traditional leaders can also used their palace to send a message
and equally educate their people residing in their territory on the
importance of keeping the environment safe.”

Furthermore he noted that climate change referred to rise in average
surface temperature on earth, saying that overwhelming scientific
consensus maintained that climate change was due to human use of
fossil fuel which released carbon dioxide and other greenhouse gas
estimates into the air.

“The gases trap heat within the temperature, which can have a range of
effects on ecosystems including rise in sea levels, severe weather
event, drought that render landscape more susceptible to wildefires.”

Similarly, comrade mohammed zakari,who is the director African climate
reporters stressed the importance of using top celebrities and
comedians towards joining the campaign.

He says, they can promote raising climate change awareness through
their music, poem, songs.

Mohammed also they that they can organize live concert in the cities
to inform  the public.

He concluded by calling on politicians to always support the campaign
while appealing to NGO and CSOs and environmental volunteers to be
committed in taking the campaign to rural dwellers.