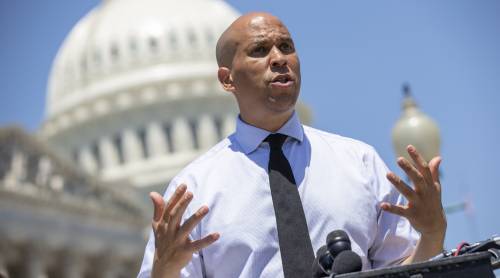 United States senator, Cory Booker, has joined Senator Bob Menendez, a ranking member of the US Senate’s Foreign Relations Committee, in condemning the rearrest of Omoyele Sowore in court.

On Friday, Menendez had said the brutal manner in which Sowore was arrested was a blatant miscarriage of justice and promised to have his country intervene on the matter.

Booker, who also reacted on Friday, described the situation as dangerous and promised to assent to any move that will uphold the rule of law in the country.

He said, “It’s appalling that NJ journalist, Omoyele Sowore, was rearrested in Nigeria hours after his release.

“This is a shocking affront to the country’s rule of law and Nigeria must cease its dangerous attacks on freedom of expression.”