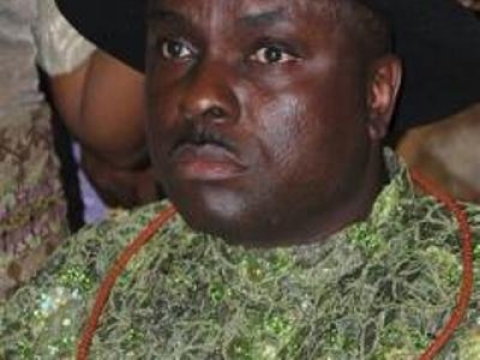 The former Governor of Delta State, Chief James Onanefe Ibori has called on those using his picture during Biafra protest to cease from using it and that he is a strong believer of united Nigeria where the rights of every citizen is held sacrosanct.

He also stated that the peace that the country enjoyed for forty five years after the civil war should not be broken by residues being dug up by some people to further divide the nation and betray efforts at national reconciliation and development. This he said must not be allowed.

This was made known in a statement signed by Tony Eluemunor, Ibori’s Media Assistant.

Chief James Onanefe Ibori’s attention has been drawn to the way and manner his picture has been misused by some people who are involved in street demonstrations to drum up support for the establishment of the state of Biafra.

His photograph, embossed on banners, have been reportedly held aloft by some of the demonstrators, as they marched through several cities in many states of the Southern half of the country.

Ibori wants to make it clear that he is absolutely, completely and entirely committed to the indissolubility of the Nigerian State, as stipulated unambiguously in the Constitution of the Federal Republic of Nigeria.

He said that all through his life, he has believed in a strong, united Nigeria where the rights of every citizen is held sacrosanct, where no region of state or even Local Government Area, is neglected or is made to feel alienated in whatever way, no matter how infinitesimal.

He therefore calls on those who have been misusing his name and picture – indeed his personality – in furtherance of a project he has never believed in at any time an in any way, to desist forthwith from using his picture and/or name during their demonstrations.

To everyone involved in the Biafran demonstrations in any way, Ibori said: “The world hailed Nigeria for the peaceful way the rather fierce Nigerian Civil War ended in 1970. It is worrisome that 45 clear years after the end of that war, its residues are being dug up to further divide us and betray our efforts at national reconciliation and development. This must not be allowed to continue.

Nigeria has lived in peace in the past 45 years, and whatever challenges, disagreements even, that may have re-surfaced, are not beyond our collective ability to resolve.

I therefore call on all concerned, the demonstrators and the leaders of the different strata of government to identify the problems, determine the solutions, and turn the stumbling blocks into genuine building blocks for real nation building.

Ibori pointed out that many other countries including Canada, the United Kingdom and Spain, have sections agitating for various kinds of autonomy.

But if those countries have managed to keep such agitations at the level of peaceful discussions, Nigeria’s case should by no means lead to another national tragedy. Nigeria has split enough blood in internecine squabbles, he said, now is the time for genuine peace, national unity, and thorough-going, all-inclusive fast-paced development. Vanguard