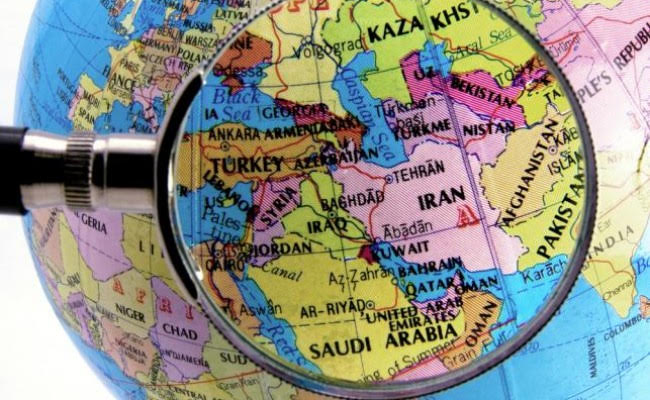 If week-long anti-government protests in Iran exposed the Islamic republic’s deep-seated economic and political problems, they also laid bare Saudi Arabia’s structural inability to establish itself as the leader of the Sunni Muslim world.

The responses to the protests of major Sunni Muslim countries in the Middle East and North Africa demonstrated that none of the contenders for regional dominance and leadership that include Turkey and Egypt were willing to follow the Saudi lead.

In fact, the responses appeared to confirm that regional leadership was likely to be shared between Turkey, Iran, and Egypt rather than decided in a debilitating power struggle between Saudi Arabia and the Islamic republic that has wreaked havoc across the Middle East and North Africa and that the kingdom has so far lost on points.

Uncharacteristically, Saudi Arabia under the rule of King Salman and his son, Crown Prince Mohammed bin Salman, has refrained from commenting on the protests. The kingdom has also been silent in the walk-up to US President Donald J. Trump’s decision what to do with American adherence to the 2015 international nuclear agreement with Iran.

While Saudi media, oblivious of the potential for dissent in the kingdom, gloated about the exploding discontent in Iran, Saudi leaders stayed quiet in a bid to avoid providing Iranian leaders with a pretext to blame external forces for the unrest. (That did not stop Supreme Leader Ayatollah Ali Khamenei and other Iranian leaders from laying the blame at the doors of Saudi Arabia, Israel and the United States).

Similarly, Saudi Arabia, whose regional prominence is to a significant extent dependent on US, if not international containment of Iran, stayed publicly on the side lines as Mr. Trump deliberated undermining the agreement that for almost three years has severely restricted Iran’s nuclear program and halted the Islamic republic’s potential ambition of becoming a nuclear power any time soon.

While the Saudis would welcome any tightening of the screws on Iran, they have come to see the agreement as not only preventing Iran, at least for now, from developing a military nuclear capability but also as avoiding a regional nuclear arms race in which Turkey and Egypt as well as potentially the United Arab Emirates would not be left out.

The agreement gives the kingdom in the meantime an opportunity to put in place building blocks for a future military nuclear capability, if deemed necessary. Mr. Trump’s apparent willingness to ease restrictions on Saudi enrichment of uranium as part of his bid to ensure that US companies play a key role in the development of Saudi Arabia’s nuclear energy sector facilitates the Saudi strategy.

In contrast to the Saudis, Turkish president Recep Tayyip Erdogan was vocal in his support for the Iranian government and call to Iranian President Hassan Rouhani to express his solidarity. Egypt, like Saudi Arabia, has not commented on the protests but has been studious in avoiding being sucked into the Saudi-Iranian rivalry, including its multiple proxy battles in Yemen and elsewhere.

The different responses to the Iranian protests represent more than a difference of evaluation of recent events in the Islamic republic. They represent the fault lines of two, if not three, major alliances that are emerging in the Middle East and North Africa and adjacent regions like the Horn of Africa around the contenders for regional leadership.

They also highlight Saudi Arabia’s inability to garner overwhelming support for its ambition and/or multiple efforts to achieve it by among others declaring an economic and diplomatic boycott of Qatar, intervening militarily in Yemen, and failing to force the resignation of Lebanese prime minister Saad Hariri.

Turkey has effectively sought to counter Saudi moves not only by forging close ties to the Islamic republic despite differences over Syria, but also by supporting Qatar with a military base in the Gulf state and the supply of food and other goods whose flow was interrupted by the Saudi-led boycott.

Turkey has further established a military training facility in Somalia; is discussing creating a base in Djibouti, the Horn of Africa’s rent-a-military base country par excellence with foreign military facilities operated by France, the United States, Saudi Arabia, China and Japan; and recently signed a $650 million agreement with Sudan to rebuild a decaying Ottoman port city and construct a naval dock to maintain civilian and military vessels on the African country’s Red Sea coast. Saudi Arabia sees the Turkish moves as an effort to encircle it.

Turkey, to the chagrin of Saudi Arabia, and its closest regional ally, the UAE, as well as Egypt has supported the Muslim Brotherhood as well as other strands of political Islam. Egypt this week launched an investigation into embarrassing leaks from an alleged intelligence officers that were broadcast on the Brotherhood’s Istanbul-based Mekameleen tv station and published in The New York Times. Egypt has denied the accuracy of the leaks.

If Saudi Arabia, backed by the UAE and Bahrain and Israel as an officially unacknowledged partner constitutes one block, Turkey forms another that could either include or cooperate with the region’s third pole, Iran. Egypt, conscious of its past as the Arab world’s undisputed leader, may not be able to yet carve out a distinct leadership role for itself, but has worked hard to keep the door open.

Underlying the jockeying for regional dominance is a stark reality. Turkey, Iran and Egypt, to varying degrees, have crucial assets that Saudi Arabia lacks: large populations, huge domestic markets, battle-hardened militaries, resources, and a deep sense of identity rooted in an imperial past and/or a sense of thousands of years of history. Saudi Arabia has as the custodian of Islam’s most holy cities, Mecca and financial muscle. In the longer run, that is unlikely to prove sufficient.