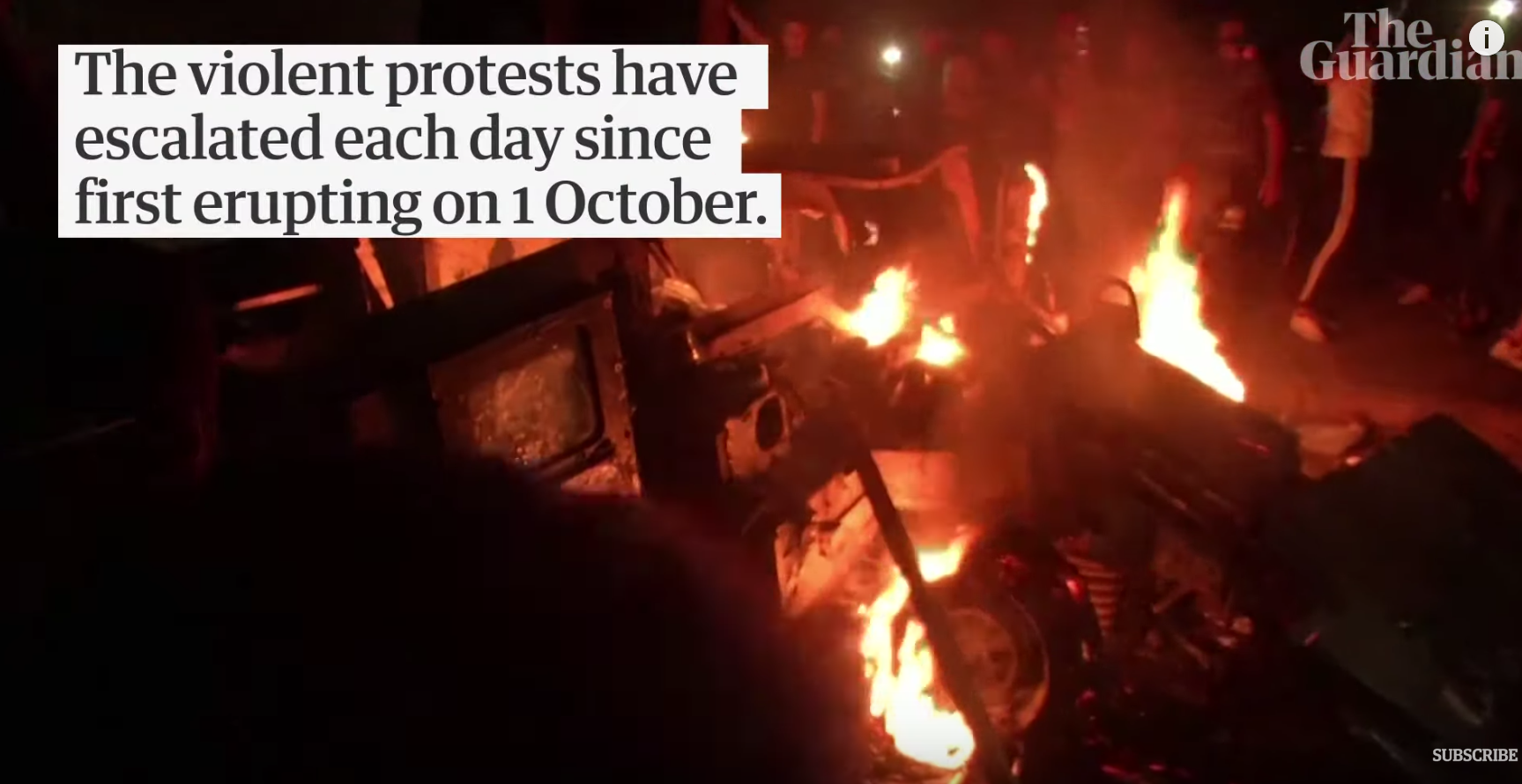 There’s a déjà vu feeling to this year’s wave of protests across the Arab world.

It’s not that this year saw the toppling of the leaders of Algeria and Sudan as a result of popular revolts, a harking back to the 2011 protests that overthrew the leaders of Tunisia, Egypt, Libya and Yemen.

It’s that it’s the protesters in Iraq, Lebanon, Jordan, Egypt, and Morocco rather than illiberal or autocratic regimes that have learnt the lessons of 2011.

Had illiberal and autocratic leaders learnt the lessons, they would not have been taken again by surprise by mass protests, often sparked by a black swan.

Lessons learnt would have meant putting their ear to the ground, hearing the groundswell of anger and frustration boiling at the surface over lack of economic opportunity and basic services, widespread corruption that benefits the few and complicates life for the many, and a clamouring for the ability to vent those grievances.

Lessons learnt would have meant addressing those concerns before its too late and spill into the streets in massive votes of no-confidence in the political and economic system and its leaders.

It’s a lesson that is valid beyond the Arab world with similar protests, like in 2011, erupting across the globe in countries such as Hong Kong, Russia, Peru, Haiti, Ecuador, Indonesia, and world-wide climate change-related demonstrations.

For their part, demonstrators in Algeria and Sudan concluded from the 2011 protests that toppling a leader was the beginning not the end of the process.

In Algeria, protesters remain in the streets six months after President Abdelaziz Bouteflika stepped down, battling the army for a political process that will guarantee structural change rather than enable an electoral process that ensures that the military and its aligned business interests remain the power behind the throne.

Sudanese demonstrators surrendered the street only after agreement had been reached with the military on a three-year-long transition towards civilian rule.

The Sudanese and Algerian experiences, like the lessons to be learnt from the 2011 revolts, suggest that the playing field in the wake of the fall of an autocrat is striking a balance between protesters’ demands for fundamental change and the determination of elites and the military to preserve their economic interests, some degree of control of security and safeguards against being held accountable for past abuse.

What demonstrators have going for them, beyond the power of the street, is the fact that popular discontent is not the only thing that mitigates against maintenance of the pre-protest status quo.

Countries across the Middle East and North Africa, characterized by youth bulges, can no longer evade economic reform that addresses widespread youth unemployment, the need to create large numbers of jobs, and inevitable diversification and streamlining of bloated government bureaucracies.

Algeria is a case in point. Foreign exchange reserves have dropped from US$193.6 billion in 2014 to US$72 billion in 2019. Reserves cover 13 months of imports at best in a country that imports 70 percent of what it consumes,

“If the state can no longer deliver goods and services, socio-economic discontent will rise further…. In order to avoid such a situation… the state and its citizens will have to renegotiate their relationship. In the past the state provided, and Algerians abided. This is no longer economically feasible today, nor is it what Algerians appear to want as they seek more transparency, less corruption, and better governance of Algeria’s resources,” said Algeria scholar Dalia Ghanem.

Attention in the past years since the 2011 popular Arab revolts has focussed on the consequences of the Saudi-UAE led counterrevolution that brutally rolled back protesters achievements in Egypt and contributed to the Iranian-backed military campaign of Houthi rebels in Yemen and the devastating subsequent military intervention in that country as well as civil wars in Syria and Libya.

Yet, the past eight years have also been characterized by issues-oriented protests that often involved new, creative forms of expression of discontent.

Iraq, Algeria and Sudan rather than Egypt contain lessons for the future.

Egypt’s field marshal-turned-president Abdel Fatah al-Sisi may have squashed recent protests with mass arrests and security force violence, but his conspiratorial depictions of a plot engineered by the repressed and weakened Muslim Brotherhood are unlikely to dampen widespread discontent with his failed economic policies that have benefited the elite and impoverished many.

Mr. Al-Sisi may have ended the protests for now, but continued refusal to address grievances makes Egypt an accident waiting to happen.

The demography of protesters in Iraq proves the point. The protests could have been avoided had the Iraqi government focused on tackling corruption, ensuring the delivery of basic services, and creating jobs for university graduates and opportunities for those who returned from defeating the Islamic State to find that they were deprived of opportunities.

One lesson of the protests in Iraq and Hong Kong is the fact that repressive government responses, the killing of more than 100 demonstrators in Iraq or the banning of face masks in Hong Kong, fuel rather than calm public anger.

Said Hong Kong pro-democracy law maker Fernando Cheung: “This is adding fuel to the fire. This will mark the beginning of riots in Hong Kong.”