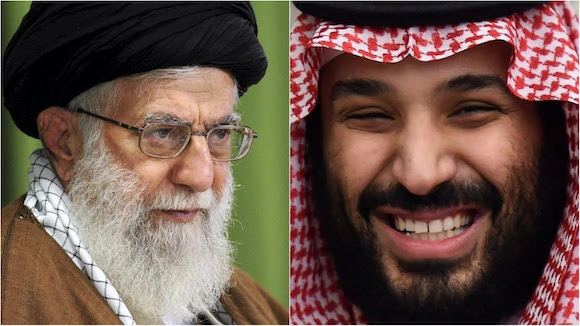 The Biden administration’s publication of a US intelligence report that holds Saudi Crown Prince Mohammed bin Salman responsible for the killing of journalist Jamal Khashoggi creates a fundamental challenge to the kingdom’s geopolitical ambitions.

The challenge lies in whether and how Saudi Arabia will seek to further diversify its alliances with other world powers in response to the report and US human rights pressure.

Saudi and United Arab Emirates options are limited by that fact that they cannot fully replace the United States as a mainstay of their defence as well as their quest for regional hegemony, even if the report revives perceptions of the US as unreliable and at odds with their policies.

As Saudi King Salman and Prince Mohammed contemplate their options, including strengthening relations with external players such as China and Russia, they may find that reliance on these forces could prove riskier than the pitfalls of the kingdom’s ties with the United States.

Core to Saudi as well as UAE considerations is likely to be the shaping of the ultimate balance of power between the kingdom and Iran in a swath of land stretching from the Atlantic coast of Africa to Central Asia’s border with China.

US officials privately suggest that regional jockeying in an environment in which world power is being rebalanced to create a new world order was the key driver of Saudi and UAE as well as Israeli opposition from day one to the 2015 nuclear accord with Iran that the United States together with Europe, China, and Russia negotiated. That remains the driver of criticism of US President Joe Biden’s efforts to revive the agreement.

“If forced to choose, Riyadh preferred an isolated Iran with a nuclear bomb to an internationally accepted Iran unarmed with the weapons of doom,” said Trita Parsi, executive vice president of the Washington-based Quincy Institute for Responsible Statecraft and founder of the National Iranian American Council. Mr. Parsi was summing up Saudi and Emirati attitudes based on interviews with officials involved in the negotiations at a time that Mr. Biden was vice-president.

As a result, Saudi Arabia, the UAE, and Israel appear to remain determined to either foil a return of the United States to the accord, from which Mr. Biden’s predecessor, Donald J. Trump, withdrew, or ensure that it imposes conditions on Iran that would severely undermine its claim to regional hegemony.

In the ultimate analysis, the Gulf states and Israel share US objectives that include not only restricting Iran’s nuclear capabilities but also limiting its ballistic missiles program and ending support for non-state actors like Lebanon’s Hezbollah, Iraqi militias, and Yemen’s Houthis. The Middle Eastern states differ with the Biden administration on how to achieve those objectives and the sequencing of their pursuit.

Even so, the Gulf states are likely to realize as Saudi Arabia contemplates its next steps what Israel already knows: China and Russia’s commitment to the defence of Saudi Arabia or Israel are unlikely to match that of the United States given that they view an Iran unfettered by sanctions and international isolation as strategic in ways that only Turkey rather than other Middle Eastern states can match.

Saudi Arabia and the UAE will also have to recognize that they can attempt to influence US policies with the help of Israel’s powerful Washington lobby and influential US lobbying and public relations companies in ways that they are not able to do in autocratic China or authoritarian Russia.

No doubt, China and Russia will seek to exploit opportunities created by the United States’ recalibration of its relations with Saudi Arabia with arms sales as well as increased trade and investment.

But that will not alter the two countries’ long-term view of Iran as a country, albeit problematic, with attributes that the Gulf states cannot match even if it is momentarily in economic and political disrepair.

Those attributes include Iran’s geography as a gateway at the crossroads of Central Asia, the Middle East and Europe; ethnic, cultural, and religious ties with Central Asia and the Middle East as a result of history and empire; a deep-seated identity rooted in empire; some of the world’s foremost oil and gas reserves; a large, highly educated population of 83 million that constitutes a huge domestic market; a fundamentally diversified economy; and a battle-hardened military.

Iran also shares Chinese and Russian ambitions to contain US influence even if its aspirations at times clash with those of China and Russia.

“China’s BRI will on paper finance additional transit options for the transfer of goods from ports in southern to northern Iran and beyond to Turkey, Russia, or Europe. China has a number of transit options available to it, but Iranian territory is difficult to avoid for any south-north or east-west links,” said Iran scholar Alex Vatanka referring to Beijing’s infrastructure, transportation and energy-driven Belt and Road Initiative.

Compared to an unfettered Iran, Saudi Arabia and the UAE primarily offer geography related to some of the most strategic waterways through which much of the world’s oil and gas flows as well their positioning opposite the Horn of Africa and their energy reserves.

Moreover, Saudi Arabia’s position as a religious leader in the Muslim world built on its custodianship of Islam’s two holiest cities, Mecca and Medina, potentially could be challenged as the kingdom competes for leadership with other Middle Eastern and Asian Muslim-majority states.

On the principle of better the enemy that you know than the devil that you don’t, Saudi leaders may find that they are, in the best of scenarios, in response to changing US policies able to rattle cages by reaching out to China and Russia in ways that they have not until now, but that at the end of the day they are deprived of good choices.

That conclusion may be reinforced by the realization that the United States has signalled by not sanctioning Prince Mohammed that it does not wish to cut its umbilical cord with the kingdom. That message was also contained in the Biden administration’s earlier decision to halt the sale of weapons that Saudi Arabia could you for offensive operations in Yemen but not arms that it needs to defend its territory from external attack.

At the bottom line, Saudi Arabia’s best option to counter an Iran that poses a threat to the kingdom’s ambitions irrespective of whatever regime is in power would be to work with its allies to develop the kind of economic and social policies as well as governance that would enable it to capitalize on its assets to effectively compete. Containment of Iran is a short-term tactic that eventually will run its course.

Warned former British diplomat and Royal Dutch Shell executive Ian McCredie: “When the Ottoman Empire was dismantled in 1922, it created a vacuum which a series of powers have attempted to fill ever since. None has succeeded, and the result has been a century of wars, coups, and instability. Iran ruled all these lands before the Arab and Ottoman conquests. It could do so again.”

Dr. James M. Dorsey is an award-winning journalist and a senior fellow at Nanyang Technological University’s S. Rajaratnam School of International Studies in Singapore and the National University of Singapore’s Middle East Institute.