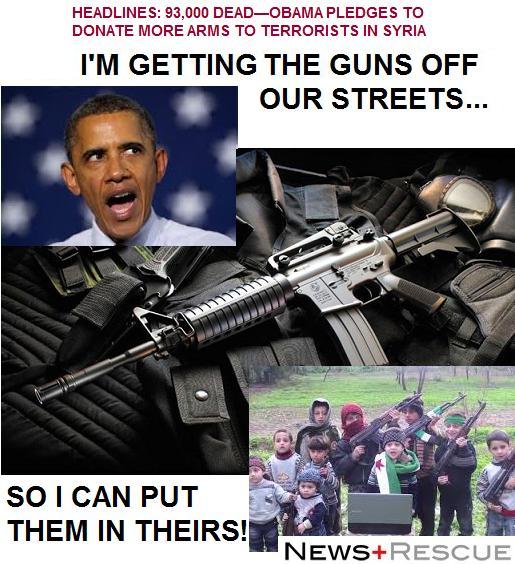 Watch the video wherUS Senator John McCain states it clearly that he meets ISIS all the time: 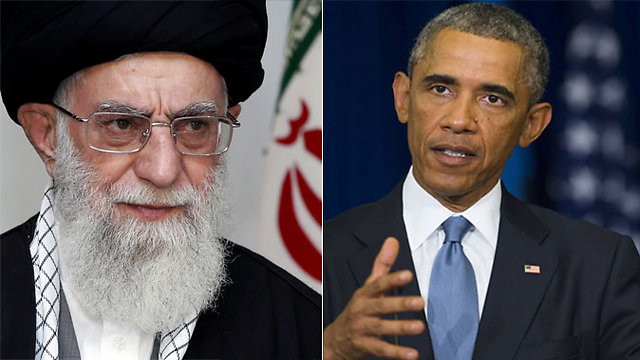 A bomb here or there with sometimes an accidental drop of arms to ISIS in Iraq, and some surveillance flights over Nigeria is all the two terrorized and helpless nations got from the United States as radical Takfiri insurgencies threatened to completely conquer them.

But that seems about to change as the Obama-led US government is finally beating out an actual policy of engagement in the crises in the Middle East and Africa. Wednesday, president Obama requested Authorization for engagement of US Military against ISIS (and possibly Boko Haram), during a Senate Foreign Relations Committee hearing. It is a sudden new turn in US direct engagement or non engagement policy in the unprecedented terror that has freely threatened the existence of the world and life as we know it.

When Abu Baghdadi first announced the establishment of al-Nusra, militant branch of ISIS, Islamic State of Iraq and the Levant, the Obama administration hop stepped and jumped over them while as some described, allowed NATO and Saudi arms reach these anti-Assad terror groups through other “moderate” groups armed by the coalition that were being supported to topple the Syrian Assad regime.

Al Assad warned the US that they were courting raw unshackled terrorists, but the West did not heed the warning. Later, unable to capture Syria, al-Nusra, ISIS’ active arm in Syria turned its eyes toward Baghdad and by June of 2014, announced the establishment of ISIS trans-territorial Takfiri “caliphate” with territory covering Iraq and Syria. 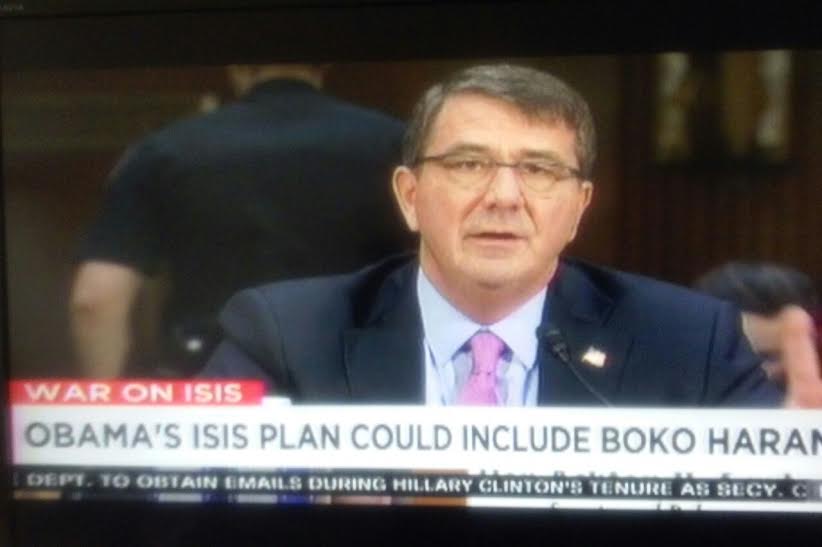 Only 800 ISIS terrorists captured Mosul, Iraq’s second largest city. With ISIS having captured half of Iraq and expanding territory, the US did nothing. We alerted at the time in a piece [See: ENDS; August 2014: Why Is Obama Soft on ISIS? Url: http://ends.ng/why-is-obama-soft-on-isis/], complaining about the Obama do-nothing policy. At this time ISIS could have been easily neutralized, but the west and NATO allowed them to gain territory and commit horrendous genocides on the Kurds and other populations of Iraq.

Similarly, Nigeria ( in West Africa), ruled by an inebriated, renowned corrupt dictator, Goodluck Jonathan, has for the past five years been at the mercy of other radical and lunatic Takfiri terrorists. More commonly called “Islamists,” a modern term that undeniably would benefit from a definition.

Fiona Lovatt attempted and recently gained favor and hundreds of “likes” with this definition of the term: “”Islamist” means a person who imitates external features of Islam, in order to denigrate Islam and to foster persecution, hatred and dehumanization of Muslims.”

Boko Haram “Islamists” have killed an estimated 21,000 defenseless Nigerians in the mainly Muslim north of the nation according to numbers in the CFR website totaled from press reports. Some put the total deaths in Nigeria’s north linked to the Takfiri terrorists as over 100,000, with most not documented as the media has throughout been barred from the terrorized zones by the Nigerian government. 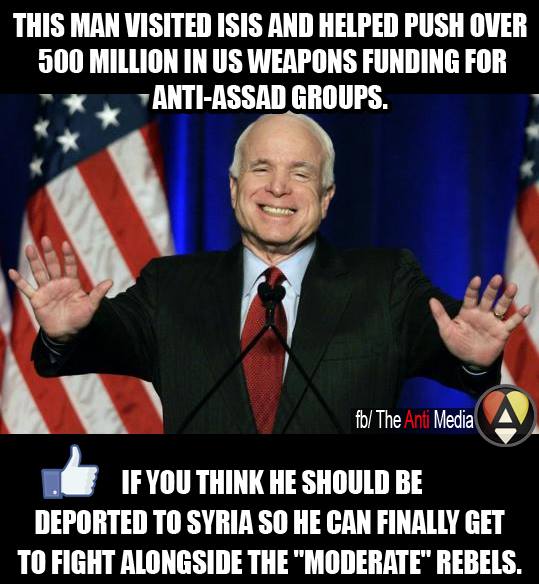 The United States after the abduction of about 234 girls from a college in the affected Nigerian territory raised global awareness with a Bring Back Our Girls campaign, sent a hand full of experts to Nigeria, flew a few surveillance flights, and then criticized the Nigerian government of being unreliable before pulling out of rendering assistance to Nigeria in its battle.

In November, civilian Vigilantes and hunters in Nigeria decided to take up the terrorists. In a victory that stunned the world and proved that the Takfiri forces were not immortal and could easily be defeated, the civilian “Ibn Fadlallah” forces, armed with local guns recaptured major towns in Nigeria’s northeastern Adamawa state including Mubi, the hometown of Nigeria’s Chief of defense. This was a serious embarrassment for the Jonathan government and a turning point in the war as the Nigerian military command now apparently exposed of “treachery and cowardice” had to act.

Fast forward to 2015, after being accused of facilitating and sponsoring Boko Haram, the leader of Chad whose nation was suffering economically with inflation – a result of the blockage of commercial supply truck routes from Nigeria’s Boko Haram plagued northeast – decided to in their terms, “unilaterally” act against the terrorists in Nigeria.

In the Middle East, in similar new direction, Iran stepped in fully against ISIS. The revered Iranian revolutionary guards, reminiscent of the Persian Achaemenia 10,000 immortals, stepped in to Iraq and with Iran’s military commanders including top Quds force leader Qassam Soleimani involved and civilian volunteers making up a force of over 30,000, the tide finally turned on ISIS with Tikrit, Saddam Hussein’s home town and a vital ISIS victory town on the verge of being recaptured by the Iraq-Iran coalition that has been commendably cleaning up and clearing out ISIS from Iraq.

The United States did not pick interest in Nigeria despite over 2500 defenseless civilians being killed in the first few days of this January by Boko Haram at Baga in the worst single genocidal massacre in the recent decade.

Interestingly, what the Baga massacre could not do however, Boko Haram did itself, with a single unverified audio tape by the group’s purported leader, “Abubakar Shekau” claiming the intent of the group to sign allegiance with ISIS, being the meaningless trigger that has suddenly put an evil force that has for years devastated Africa on the US’ engagement list.

With Civilians, Chad and Iran proving that the terrorists can be defeated, there is sudden enthusiasm by the Nigerian government and now by the United States to “put boots on the ground” and be actively involved in fighting and winning the war on terror. It is morning.